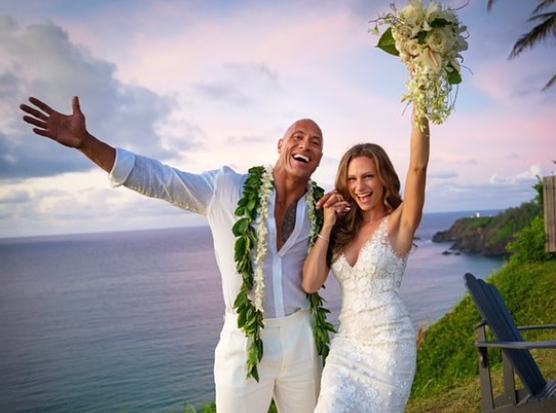 The pair have two daughters together, Jasmine Johnson, 3 and Tiana Gia Johnson, 1.

This will be Dwayne Johnson’s second marriage. He was previously married to film producer, Dany Garcia, the mother of his first child, Simone Alexandra Johnson, 18.