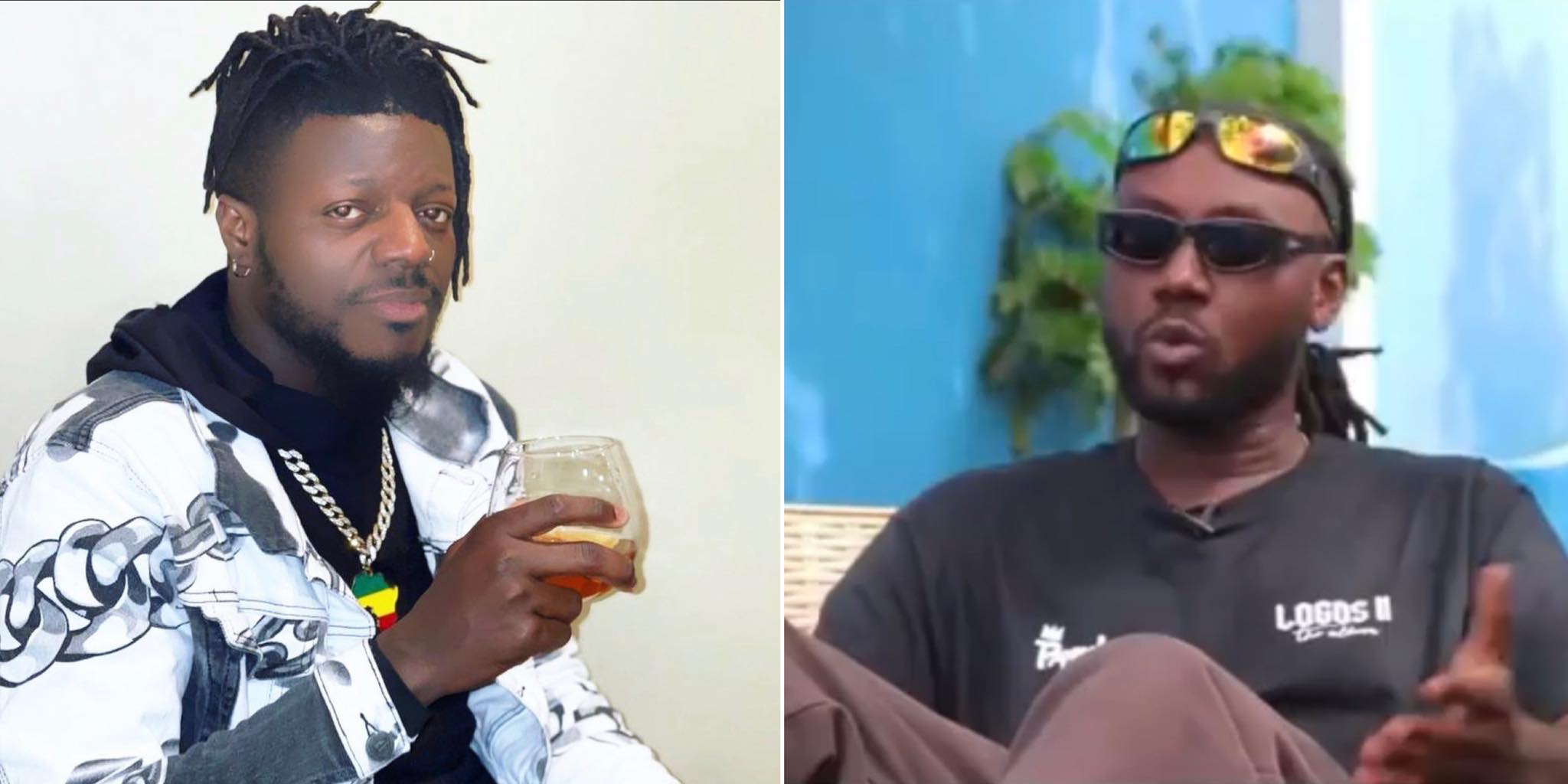 Since Pope Skinny alleged that Pappy Kojo is gay, he has become Tadi Van Damme’s least favorite musician in Ghana.

Pappy Kojo has threatened to beat up his colleague Pope Skinny.

He said in an interview with Ameyaw TV that he lost his Tik Tok account because of Pope Skinny – a reason he would want to pay him back.

This caused Pappy Kojo to be permanently banned from Tik Tok because the video was sexually explicit and violates the community guidelines of the App.

Expressing his displeasure about Pope Skinny in an AmeyawTV interview Pappy Kojo said:

“In all seriousness, If I see Pope Skinny I will beat him. He is the person I don’t like all in the music industry”

Pope Skinny has also warned Pappykojo not to look for his trouble; else he will chew off his rasta (dreadlocks).

I will chew your rasta – Pope Skinny warns Pappykojo