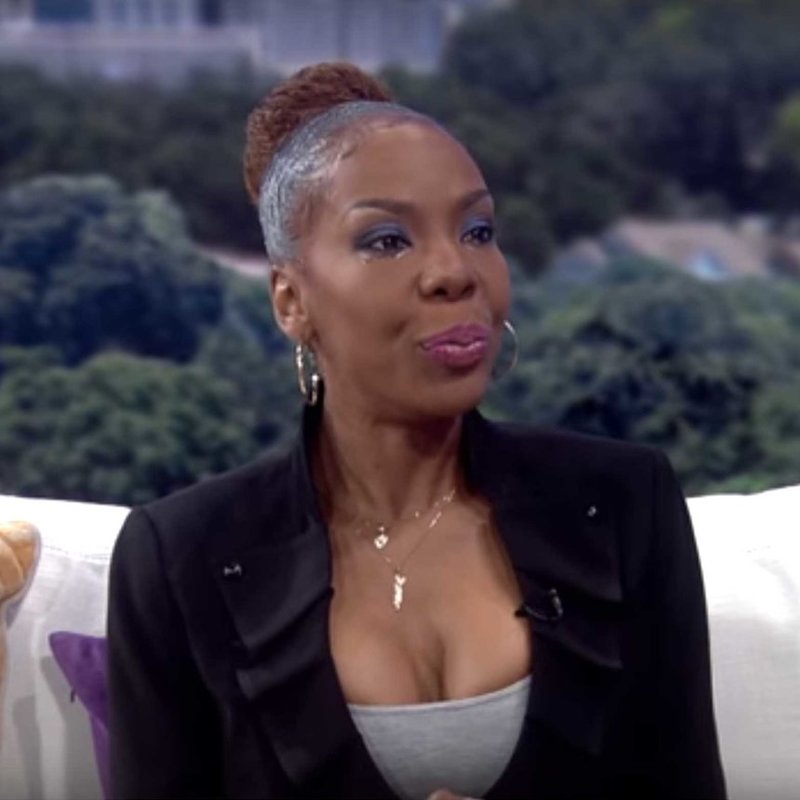 R. Kelly’s ex-wife Andrea Kelly appeared on the TV One daytime talk show “Sister Circle”  to speak about her marriage to the singer. The dancer, choreographer, and reality show star, married to Kelly from 1996 to 2009, opened up about the alleged domestic abuse she says she endured during her marriage. In a tearful interview with host Syleena Johnson, Kelly said that she once she felt as if she was on the verge of suicide. “That day, I just remember playing sick all day,” explained Kelly, while trying to fight back tears. “I went and got in the bed, and I was just like, ‘Okay, what are you going to do?’ And something just said, ‘end it.’ That was my first answer.” Kelly said she prayed for guidance and that God steered her in the direction of a questionnaire on a domestic violence website. “I remember going out on the balcony,” Kelly recalled. “We [Kelly and family] were at the Wyndham Grand Bay Hotel. I’ll never forget it…Coconut Grove. I actually climbed up on the balcony, and I had one foot propped up against the wall and my other foot I climbed up on the ledge. I remember looking down, and it’s almost like God was able to let me see the future. I saw my body lying in blood, and I saw the ambulance coming. I saw housekeeping come out, and they were pointing up, and they [housekeeping in her vision] said, ‘she jumped from up there.'” Sobbing uncontrollably, Kelly continued: “Then, I remember my baby’s voice in the back going, ‘Mama, mama…why did mama jump? Why did mama leave us?'” It was at that moment Kelly realized she had to do something, so she got down off the hotel balcony and pleaded with God for answer, saying, “God, you have to give me an answer today, not tomorrow, not in an hour. I need it now.” “What do you want me to do, if this is not for me,” Kelly asked. Kelly said God told her to “grab your laptop.” Though she questioned the command, thinking that she was “not the teeth missing, broken bone girl,” Kelly finally obliged. On her laptop, she said that God told her to type in “domestic violence.” It led her to the aforementioned questionnaire. “I kept scrolling, and at the end of the domestic violence awareness website, there was a questionnaire,” she shared, with tears drenching her face. “There were 17 questions and they ask you, ‘Has your abuser ever done…?’ And of the 17, Robert [R. Kelly] had done 15 to me.” https://youtu.be/kTB7hJ-QapQ]]>