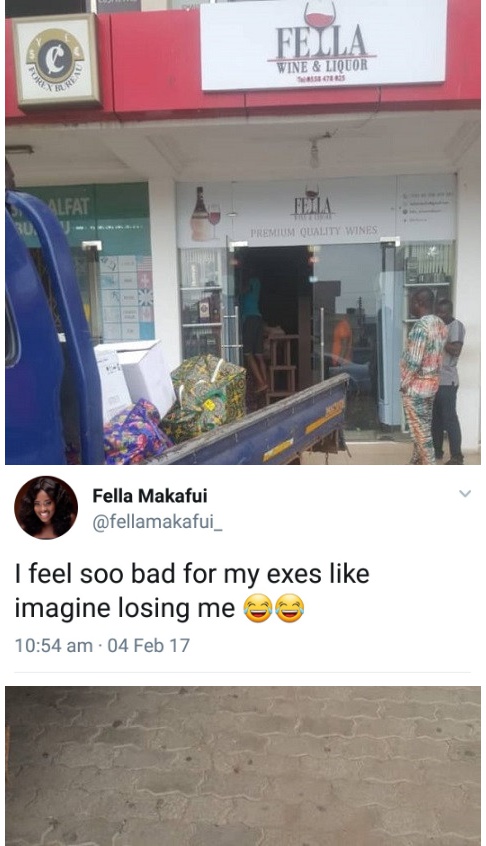 A lot can happen in 12 months! Social media has been have a ball over news, over the weekend, that the boyfriend of actress Fella Makafui had shut down a wine shop he set up for Fella.  According to a StarrFMonline report, the wine shop of the popular Yolo actress had been shut down by her alleged boyfriend. According to multiple sources, the Accra-based boyfriend of the actress is upset over her recent lifestyle and lack of attention for their relationship. The actress is reported to have suddenly withdrawn attention for the boyfriend, whom she has dated for some five years now, even though he rented her current three-bedroom apartment for her. She no longer respects the guy. On multiple occasions, she has called for an end to the relationship but anytime the boy tries to move on, her parents will intervene and calm him down. “This is the fourth apartment the same guy has rented for her. What got him even furious is that recently, he saw a four-wheel drive in the house and when he asked of the owner, Fella gave him a cheeky response and so he decided to end everything and that is why he is shutting the shop, which he rented for her,” the source narrated. The actress is yet to respond to calls to comment on the matter. But a tweet from the actress in 2017 suggested that any man in a relationship with her would be traumatised if she broke up with him. Meanwhile credible Razzonline reports that Makafui has quashed the reports by revealing that she is relocating. Fella Makafui explained that her landlord has increased the rent from GHC400 to GHC 1000 and because she cannot afford hence the relocation.]]>

change of government has affected my gigs…Mzbel

Nadia Buari shares photo of all her 4 children