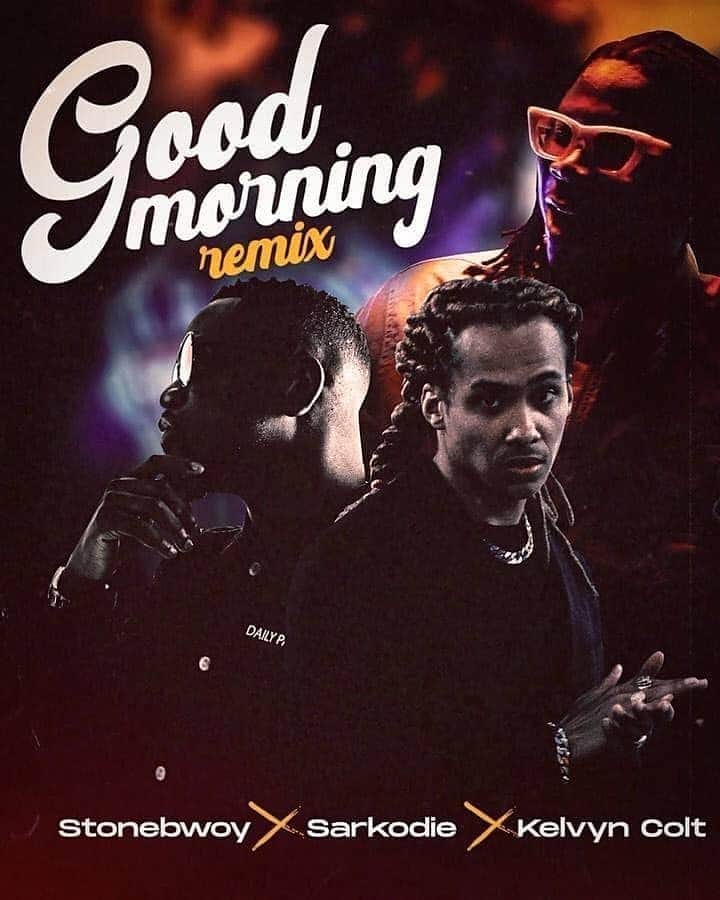 Stonebwoy, continues his collaborative works with Rap and hip-pop performing and recording artistes. He has released the standout remake of “Good Morning” – a hit single off his globally acclaimed fourth studio album – Anloga Junction.


The original version of “Good Morning”, which features on Stonebwoy’s 2020 album, is an Afrobeats-leaning dance-hall track which is the occasion for the artiste to reflect on his success in the early morning: “Good morning to the Maker, you do me all this favor”. The track, on a Spanker production, now adds Sarkodie and Kelvyn Colt’s classic sounds and naturally, musical elements employed from rap. The track is still as vibrant as ever and the execution is admittedly seamless.

From hitting 10 million streams in just 10 days on Audiomack alone, it’s just over 7 months into 2020, and two months since the release of his fourth studio project, Anloga Junction the album but Stonebwoy broke yet another music record. The Reggae/Ragga & Dance-hall icon has, according to statistics, become the first Ghanaian recording and performing artiste to have his album to reach 20 million streams on Audiomack streaming app.

Listen UP: Singer ATM announces his presence with ‘Come Closer’