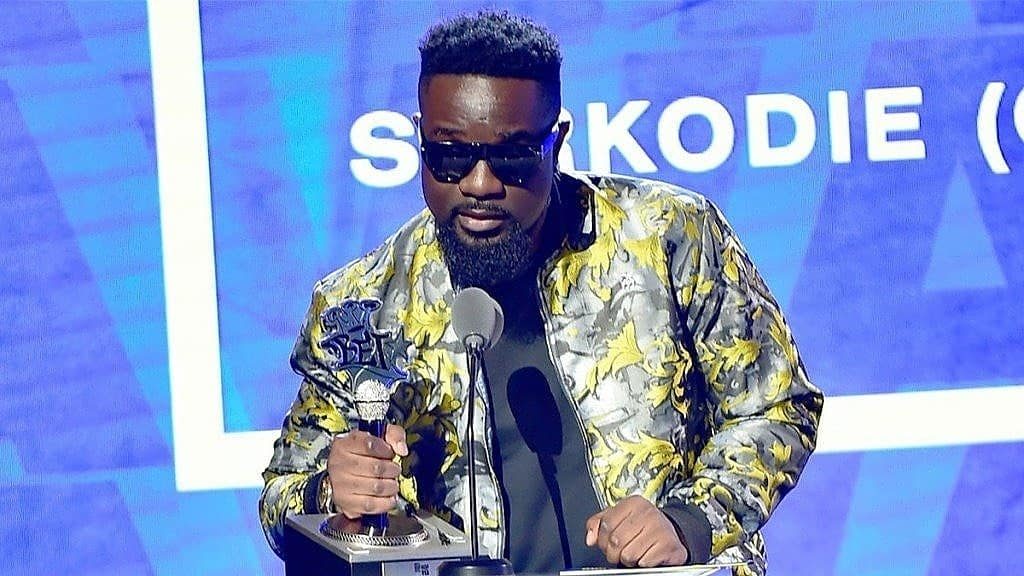 Known in the entertainment industry as Sarkodie aka Obidibiponbidi, this young Ghanaian artiste whose real name is Michael Kwesi Owusu Addo is storming the music scene both locally and internationally.

Born on the 10th of July 1988, Sarkodie, the fourth of five children, was raised in the Harbour City known as Tema by his mum, Emma Maame Aggrey, a single parent.

Sarkodie started rap at the age of four and throughout his education right from when he was in preparatory school till when he gained his degree in Graphic Designing from IPMC, he had intense ambitions of changing the music game and making his presence felt worldwide in the coming years.

As a creative and innovative rapper, Sarkodie began his instrumental career as an underground rapper, where his appearances on various rap competitions among which the most popular at the time, “Kasahare Level” on Adom FM saw him knocking out several other rappers and becoming a rap champion in Tema.

It was through these rap battles that he met his manager Duncan Williams of Duncwills Entertainment. He also met Edem, Castro and other artistes who introduced him to Hammer of the Last Two, a well known producer who had produced hit tracks for Obrafour, Tinny, Kwaw Kesse and Edem. Hammer, impressed with Sarkodie’s unique ability to freestyle with clever rhymes mixed with logic featured Sarkodie on two songs off Ewe rapper Edem’s 2008 album, Volta Regime, to introduce him before the recording of his debut album.

After this exposure, Sarkodie then went into the studio to work on his debut album “Ma Kye” with producers including JaySo and Kill Beats. The first single “Baby” featuring Mugees of the duo group R2Bees became an instant hit and made Sarkodie a household name in the music industry,

Showing that he is no one hit or album wonder, Sarkodie’s sophomore album “Rapperholic” swooped 12 glorious nominations in the 2012 Vodafone Ghana Music Awards and then went on to bag three awards: Artist of the Year (for the second time), Most Popular Song of the Year for his hit song “You Go Kill Me” and the Best Rapper of the Year for another second time as well.

Internationally, Sarkodie was nominated for the 2010 MTV Africa Awards known as the MAMA. Sarkodie also won for “Best Collaboration of The Year” award with the video of his song “Lay Away” which features Sway from UK at the SOUND CITY MUSIC VIDEO AWARDS 2010 in Nigeria.

In 2012, Sarkodie became the first Ghanaian Rapper to bring home a BET Award for the “Best International Act (Africa) thus, solidifying his reputation as one of the best rappers ever to come out from Ghana and the African continent.

Sarkodie’s iconic and amazing stage presence has enabled him to perform on platforms with notable international acts including Chipmunk, T‐Pain, Trey Songz, Mavado amongst others.

Artist of the year

Discovery of the year

Hip hop/hiplife artist of the year

Best Rapper of the year

Album of the Year (Makye)

Best Collaboration of the Year for “Lay Away” (feat. Sway from UK)

Artiste of the Year

Most Popular Song of the year (U Go Kill Me)

Best Rapper of The Year

African Artiste of the Year

Award for Achievement in Music

In addition to these awards, Sarkodie has been nominated for this year’s MOBO Awards in the Best Africa Act category.

Sarkodie raps mostly in Twi, his native language. Known as a versatile rapper, Sarkodie has been known to use various styles but his most used and known style is his fast tongue twisting technique. Sarkodie has been described by some music critics as one of the best local rappers due to his ability to freestyle off the head with intelligent rhymes mixed with real issues that occur in everyday life.

With his record for dropping hits, it is no doubt that we are yet to see greater things from the versatile Sarkodie.