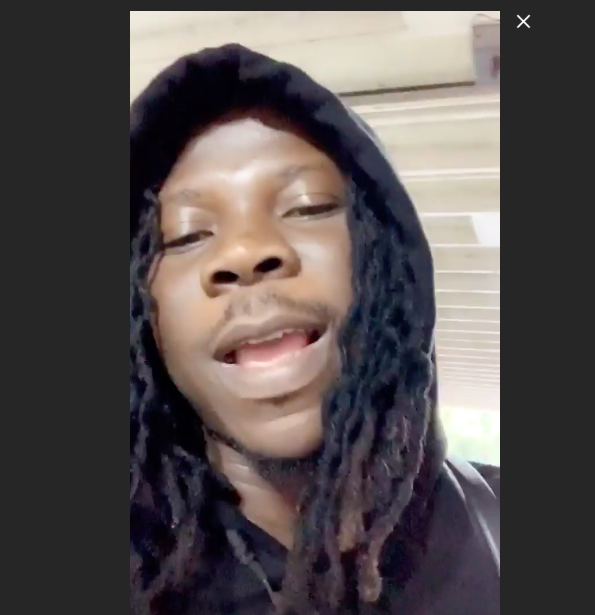 Stonebwoy has revealed that he’s had to cancel the Toronto and Edmonton leg of his ongoing tour, due to an injury to his right knee.

In video circulating on social media “Ololo” hitmaker  revealed that he slipped on the staircase  and hit his leg, which left his right knee badly injured.

Stonebwoy revealed that he had to seek immediate medical attention in Europe as he was in serious pain. He said:

“It’s with a sad heart that I have to announce to you that I am not going to be able to come to Toronto and Edmonton for the short tour we embarked on a week ago.Everything was going very nice until after studio yesterday where I slipped on the staircase and I hit my knee. You guys know I have a prosthesis in my right leg. I am in a lot of pain and I have to seek immediate medical attention”, Stonebwoy disclosed.