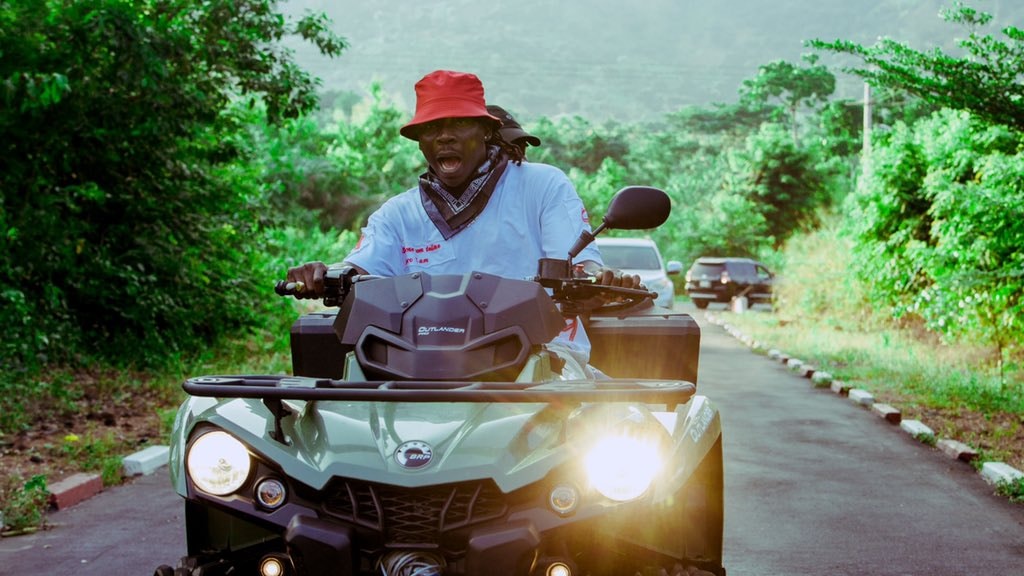 Stonebwoy has shared a vibrant music to the most blown freestyle, “Putuu” starring Togolese international footballer, Sheyi Emmanuel Adebayor. Directed by one of the heads of music video production Yaw Skyface, the energetic but colorful short film integrating the afrobeats jam with imageries was shot in Togo, and Adebayor’s residence.

In the visually arresting new clip, Stonebwoy is seen in a myriad of locations, moving from outdoor nature scenes where he appears adorned in Bhim Merchandise in a hall, to the streets of Togo. It also features scenes of dancers from around the world interwoven throughout the clip. There are shots of him performing with Adebayor at his residence, and shots of them riding an all-terrain vehicle (ATV), also known as a quad (cycle).

Serving as an acronym for “Pray Until The Unusual Unravels”, Stonebwoy’s viral freestyle tune, P.U.T.U.U is currently pulling crazy numbers on various major digital stores. After garnering a million streams on Audiomack music app, the Streetbeatz produced jam has become the fastest Ghanaian song with its audio slide amassing a whopping 1 million organic streams on YouTube within a month.

He sang in a stable natural language that develops from the simplifying and mixing of different languages, including the his native lingo, Ewe, into a new one within a fairly brief period of time: often, a pidgin evolved into a full-fledged language. Though this tune is a party leaning jam, its primitive message is “PRAYER” as the hook says “pray (x6), e go better”.

Amerado out with Yeete Nsem Episode 14