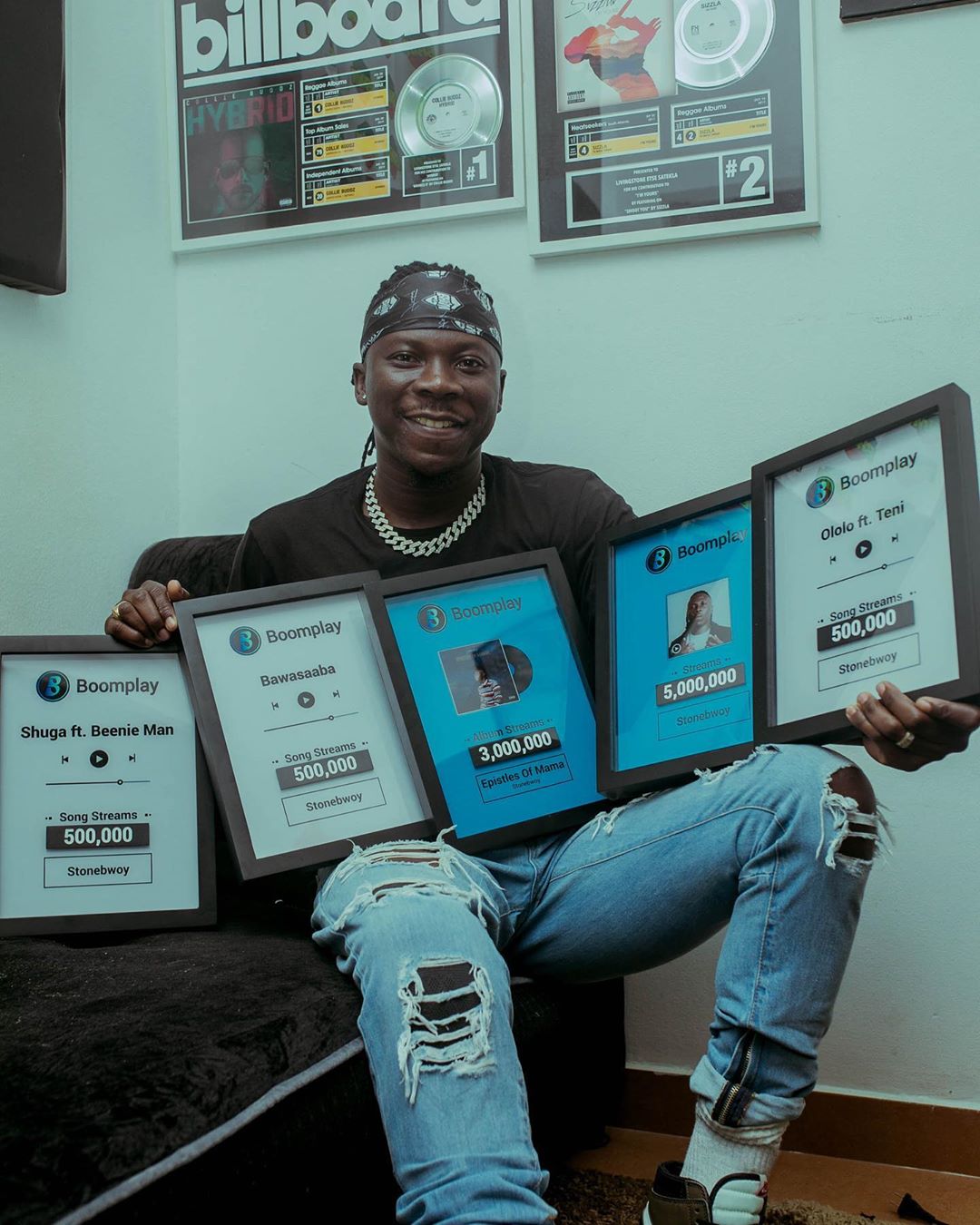 Stonebwoy, continues his tremendous digital music space dominancy after marking another significant stage in his chosen endeavor. He has become the first Ghanaian creative to reach 14 Million organic impressions on Boomplay Music, thus far, becoming the most streamed and listened to Ghanaian musician.

The media streaming and download service developed by Transsnet Music Limited, in the early hours of Tuesday, presented 5 plaques to the Nickelodeon & BET Winner| 3-Time Best Reggae/Dancehall Act in Africa detailing the successes and analytics of some singles on the streaming service.

Breaking it down, “Shuga” (featuring Jamaican Superstar, Beenie Man) amassed 500,000 streams. Off the 2017 Billboard album – Epistles Of Mama garnered a 3M organic plays with a one of the its lead single, “Bawasaba”, securing 500,000 listens. One of the biggest song in 2019 featuring Teni – “Ololo” is impressively lying at 500, 000 streams. These and other figures which weren’t captured make Stonebwoy witness an unprecented increase in his digital figures within an estimated space of 3 months, thus far, bagging 14M plays on the streaming app.

Last year, Stonebwoy topped Boomplay’s ‘Most Streamed Artiste’ Of 2019 in Ghana. That feet made it the second time in a row he won the prestigious title, as he bagged the same in 2018. In a Music Facts sheet report based on data from the music app, which has over 60M+ users globally with over 4.4M from Ghana. Boomplay also boasts of an expansive catalogue of over 20M tracks and is available on iOS, Android and web.