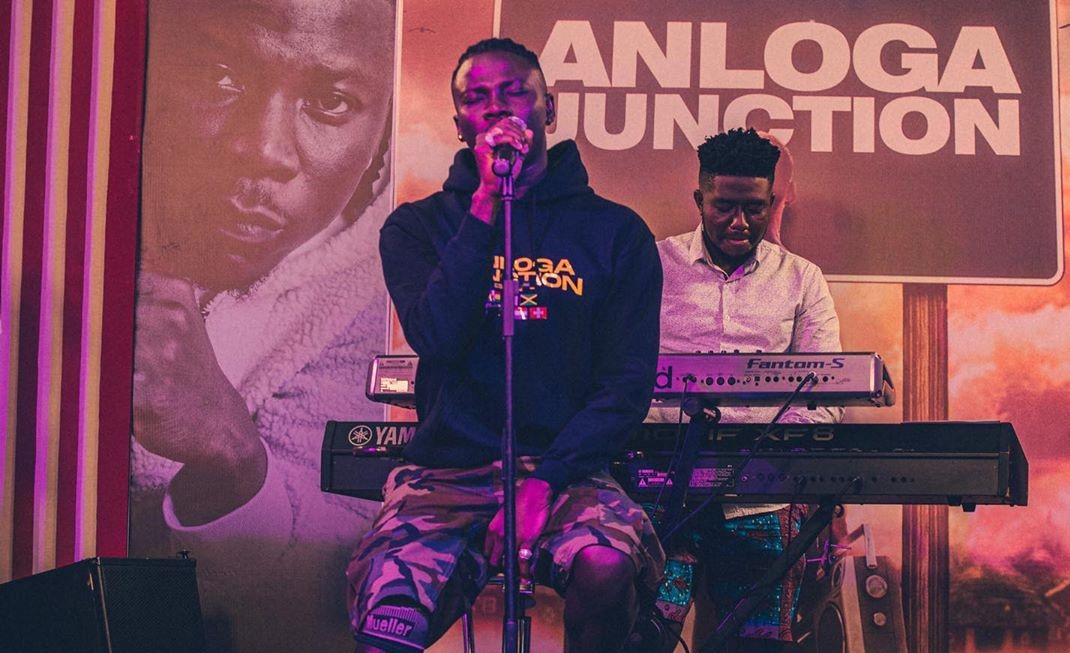 Stonebwoy addressed both pandemics plaguing the world, coronavirus and racism, during his poignant Billboard Live At-Home performance Monday (June 1) that raised money for My Friend’s Place, which supports the homeless youth.

Performing from Ghana’s capital of Accra with his DJ, Stonebwoy (real name Livingstone Etse Satekla) started off his set with none other than “Black People,” a painful and incredibly timely testament to feeling lost in the world that doesn’t want to acknowledge him as a Black man, let alone respect him. Although not directly naming George Floyd, the Black man who was murdered in Minnesota last week at the hands of four white police officers, Stonebwoy took the time to honor the protests against racism that have sprung up throughout America’s major cities in Floyd’s memory.

“The world’s in serious times right now, we see what’s going with the world from coronavirus straight to the brutality and all these things that is happening,” he said. “We stand against racism in any case.”


Stonebwoy supplemented his testament to making people like him feel seen with enjoying being alive, which is what his song “La Gba Gbe” (from his 2020 album Anloga Junction) translates to in his native tongue of Ewe. As if Stonebwoy’s performance couldn’t get to the heart of the matter even better, he closed it with “Strength & Hope,” a mantra for those mentally, emotionally, spiritually and physically dejected for whom he calls upon God as the source of such positivity by proclaiming “Jah Jah,” the Rastafarian term for God.

Find strength and hope by Stonebwoy’s entire Billboard Live At-Home performance below, and donate to My Friend’s Place here.

The music video for “Strong God” off of his Long, Live, Love album will be released tomorrow, and with it, Franklin said he wanted to “salute the people that are standing on the frontline on so many levels during this pandemic — we have several pandemics at one time.”

Just In: Prez Akufo-Addo issues statement on the murder of George Floyd

Ghanaian Media Personality, Jessica Opare Saforo has stated that working for close to two decades in the media took the best parts of her life. END_OF_DOCUMENT_TOKEN_TO_BE_REPLACED

In January, 2022, social media was hit with the news about the departure of Media Personality, Jessica Opare Saforo from the Citi FM and Citi TV family. END_OF_DOCUMENT_TOKEN_TO_BE_REPLACED

Ghanaian artistes are showing up and showing out at the 2023 Soundcity MVP Awards. END_OF_DOCUMENT_TOKEN_TO_BE_REPLACED

Africa’s most decorated rapper, Sarkodie has just announced that he’s touring the world this year! END_OF_DOCUMENT_TOKEN_TO_BE_REPLACED

Award-winning Ghanaian rapper, Sarkodie has shared some tricks he thinks Ghanaian rappers can use to enhance their flow of rap and uniqueness when it comes to music craft. END_OF_DOCUMENT_TOKEN_TO_BE_REPLACED

Ghanaian rapper, Medikal has stated that his relationship with his ex-girlfriend, Sister Deborah was a mutually beneficial one. END_OF_DOCUMENT_TOKEN_TO_BE_REPLACED