The song debut at number 19 on the chart. The song, produced by Andre ‘Dre’ Harris is a standout from the 15-track project, which the artist dropped on April 24, 2020. The project which comes off the album paired with a video directed by Denzel Williams follows the Ghanaian star and the American superstar to an auditioning hall where the two musicians played a role of judges as they view samples of performance by models who are aspiring to be crowned “Miss World Wide”. The video was shot in America. 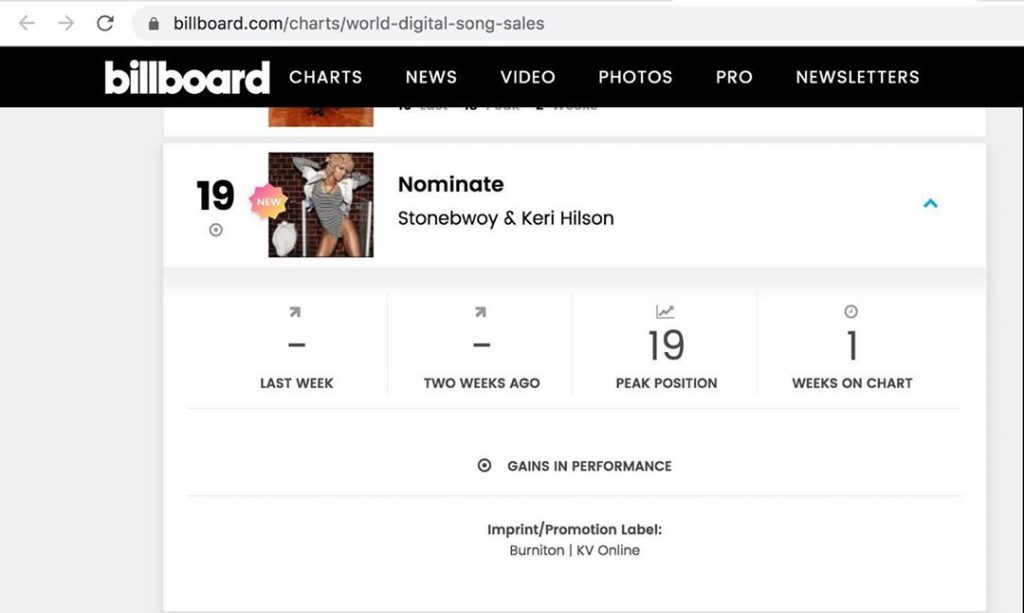 ‘Nominate’, however, is not Stonebwoy’s first appearance on a Billboard Chart.

He made it to the World Album Chart in 2018 after the release of his critically acclaimed album Epistles of Mama.

The album peaked at number 13 after spending a week on the chart.

On Anloga Junction, the Afro-dancehall don pulls off an ambitious task by folding his collaborators’ varied styles into his signature sound. Fellow Ghanaian Kojo Antwi fits the reggae feel of “Nkuto”, and the bass rhythm of “Bow Down” flows in sync with Nasty C’s energy. Frequently singing in his Ewe language, particularly on the Keri Hilson collab “Nominate”, Stonebwoy always finds his way back to the unique style that has made him special.