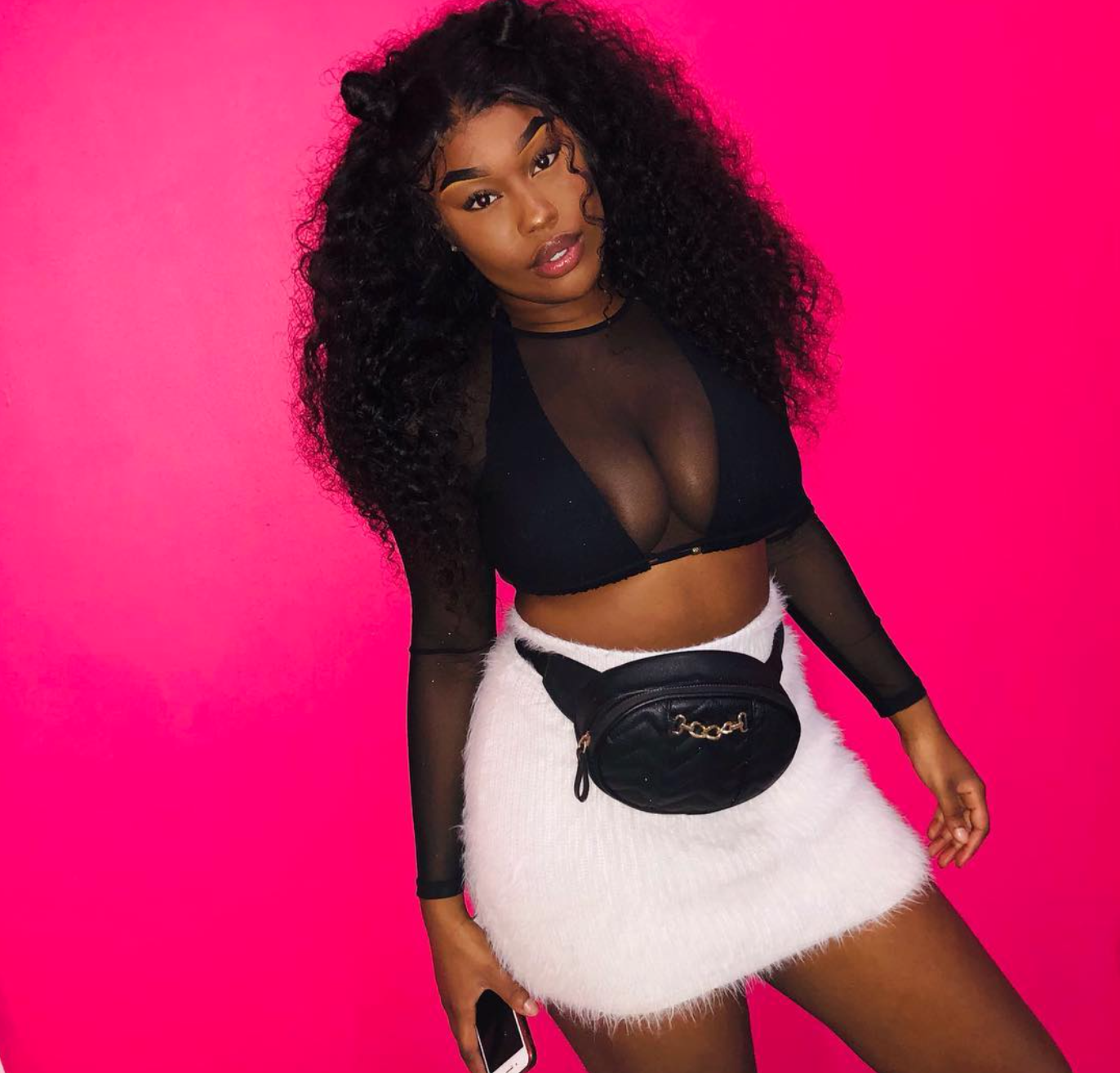 It hasn’t even been a year since Afro-pop artiste, Coco Treyy, joined the music industry, in fact, it’s been just about five months but already she has observed some negatives which give her pause.

According to her, there was too much hypocrisy in the industry and it made getting support very difficult.

“There are people who claim they support you and do all kinds of things on social media but the truth is, that is not what is on the ground, there is no support anywhere.

There are fights, ‘beefs’; this person doesn’t want to work with this person etc. which is not good for the industry,” she told Showbiz recently.

In spite of the lack of support, Coco Treyy, real name Tracy Adu Opoku, is not deterred but determined to make it in the music industry.

Coco Treyy said although female artistes were doing well, none of them had gotten to the very top levels and that was where she had set her sights.

“For now, I can say that there is no female artiste who is there yet; there is no one who I can say is taking steps and doing great things.

“No one is taking the spotlight in Ghana and beyond and that is why I am here. I am in to make a difference and take the music industry to where it is supposed to be.

“This is not to say that they are not trying, they are but they are just not there yet. The ultimate goal of any artiste is to be known out there on the world stage but currently, the females are just not there and we need to look at that as well,” she said in an interview with Showbiz.

When asked how they could reach the top, Coco Treyy said, “I am not in their camp so I have no idea what goes on there but for me, I have a strong management team who are ready to fix all the potholes in the industry.

“It is even evident in the stages I have mounted so far, I was at Ghana Rocks last year and this year, I was on Ghana Meets Naija. These are just a few steps we’re taking to get there and we will.”

Coco Treyy loves to bare flesh and has worn some revealing clothes and the Queen of Queens singer says she sees nothing wrong with it.

“I do not see anything wrong with what I wear or how I wear it. I will not conform to what culture says and lose myself, that is how I want to represent myself so I should be accepted that way,” she said.

The trained nurse from Holland also said although she was yet to receive any bashing for the way she dressed, she had already decided to tune out negative comments.

“So far, I have not received any bashing yet but honestly, I have decided not to listen to anything that will not impact me in a positive way. I try not to be that kind of person who takes what people say to heart,” she added.

Black Sherif is getting ready to release his debut album, and the tracklist has everyone excited. END_OF_DOCUMENT_TOKEN_TO_BE_REPLACED

The Ghana Police Service has mounted a search for a man who was caught on video flogging a baby under a tree. END_OF_DOCUMENT_TOKEN_TO_BE_REPLACED

Broadcaster, Serwaa Amihere has advised women not to put too much stress on their men as they may be going through a lot. END_OF_DOCUMENT_TOKEN_TO_BE_REPLACED

Dr. Edem Mahu from the University of Ghana, has received the “Africa Award for Research Excellence in Ocean Sciences” from AGU. END_OF_DOCUMENT_TOKEN_TO_BE_REPLACED

A brand-new Alisa Hotel location in Tema was unveiled on Friday, September 30, 2022 in pomp.  END_OF_DOCUMENT_TOKEN_TO_BE_REPLACED