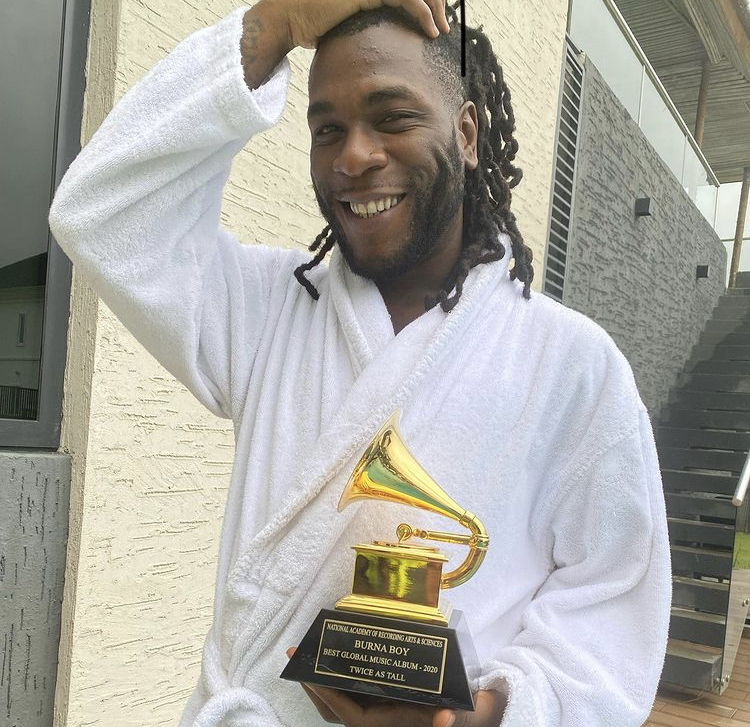 Burna Boy after finally receiving his plaque shared a video on Instagram jubilating with some members of his team.