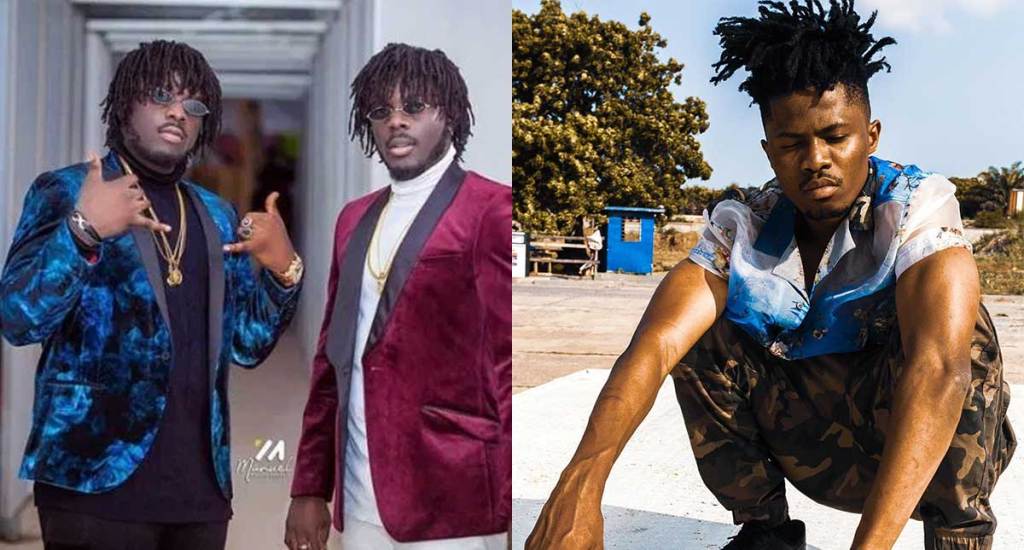 Music duo DopeNation has revealed the reason why they recorded a diss song targetted at Kwesi Arthur.

The Lynx Entertainment signees in a video circulating on social media disclosed they recorded the song ‘Chairman’ after the ‘Zombie’ rapper and his team stole their moment at an event in Ghana Telecom University College, Accra.

According to the duo, they were to climax the show and had been waiting for about three hours to do that.

However, at the time they were about to grace the stage, Kwesi Arthur and his team came from behind to interrupt their set.

“Even if we were underground artiste, you have to give your boys respect,”  one member of the group said.