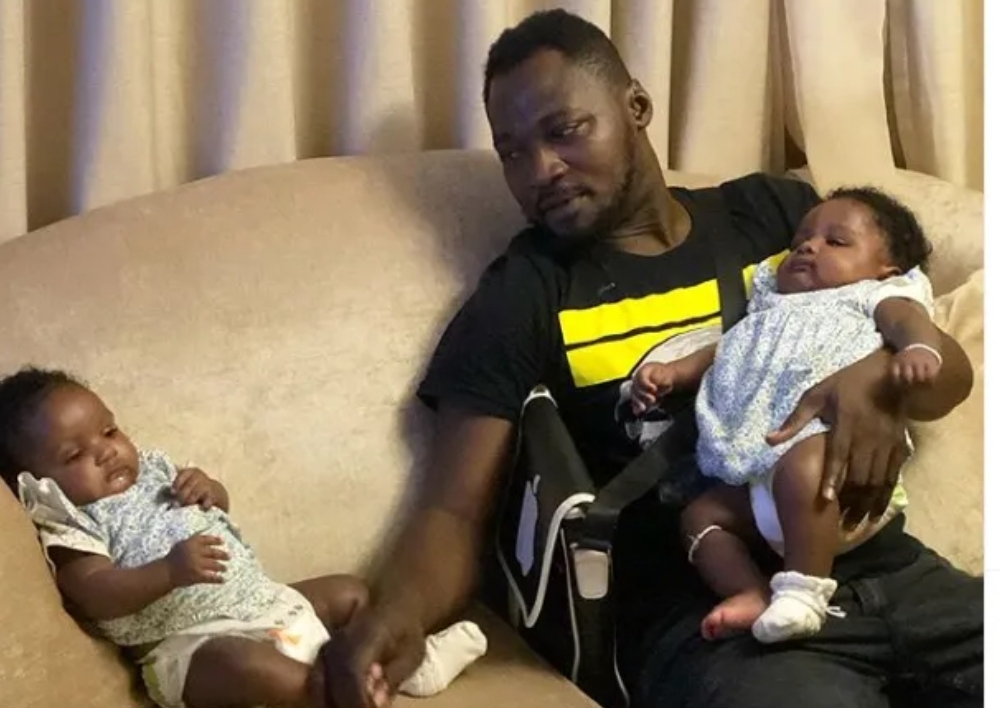 Ghanaian comedian Funny Face can’t seem to catch a break with all the drama he’s dealing with. The actor has revealed a shocking twist to his on-going feud with colleague comedians.

In a rather shocking revelation, Funny Face has disclosed that his wife has left home with their twins and blames Lil Win for it.

Yesterday, the comedian accused his wife of selling him out to his detractors and bloggers.

In an attempt to explain his “emotional state”, he took to social media and wrote:

“Have u seen da wrath of an “ EMOTIONAL FATHER “ who has been betrayed by the only woman who gave him children .. da trust , da faith and the love I have for her broken .. cos she sold me to my enemies and bloggers to destroy me ..🙏❤️ DEN U WANNA CROSS MY PATH😡 “

In another post, he pleaded with his wife to return his children as she is incapable of caring for them on her own.

” let dem bring my children to me .. because she can’t take care of dem … my mother is der she can take care of dem .. my sisters are der.😢😢 I DONT GIVE A FUCK right now .. abt what anybody thinks abt me now .. have been through shot .. my only JOY was my #ELLAandBELLA .. aswear I will kill for dis girls .. #ATTAAAMAAME .. ur last warning bring my children .. or else I will just lay da foundation for u .. “ just to say “ FIMM FIMM “ like u can never step out in Ghana again .. HOW CAN U DO DIS TO ME? how much DID LIL WIN PAY YOU”

Funny Face has been in the news for all week after he accused his fellow comedians; Lilwin, Kalybos and Bismark the Joke of plotting his downfall.

“Animals, I have cursed all of you” – Funny Face attacks trolls

“Animals, I have cursed all of you” – Funny Face attacks trolls