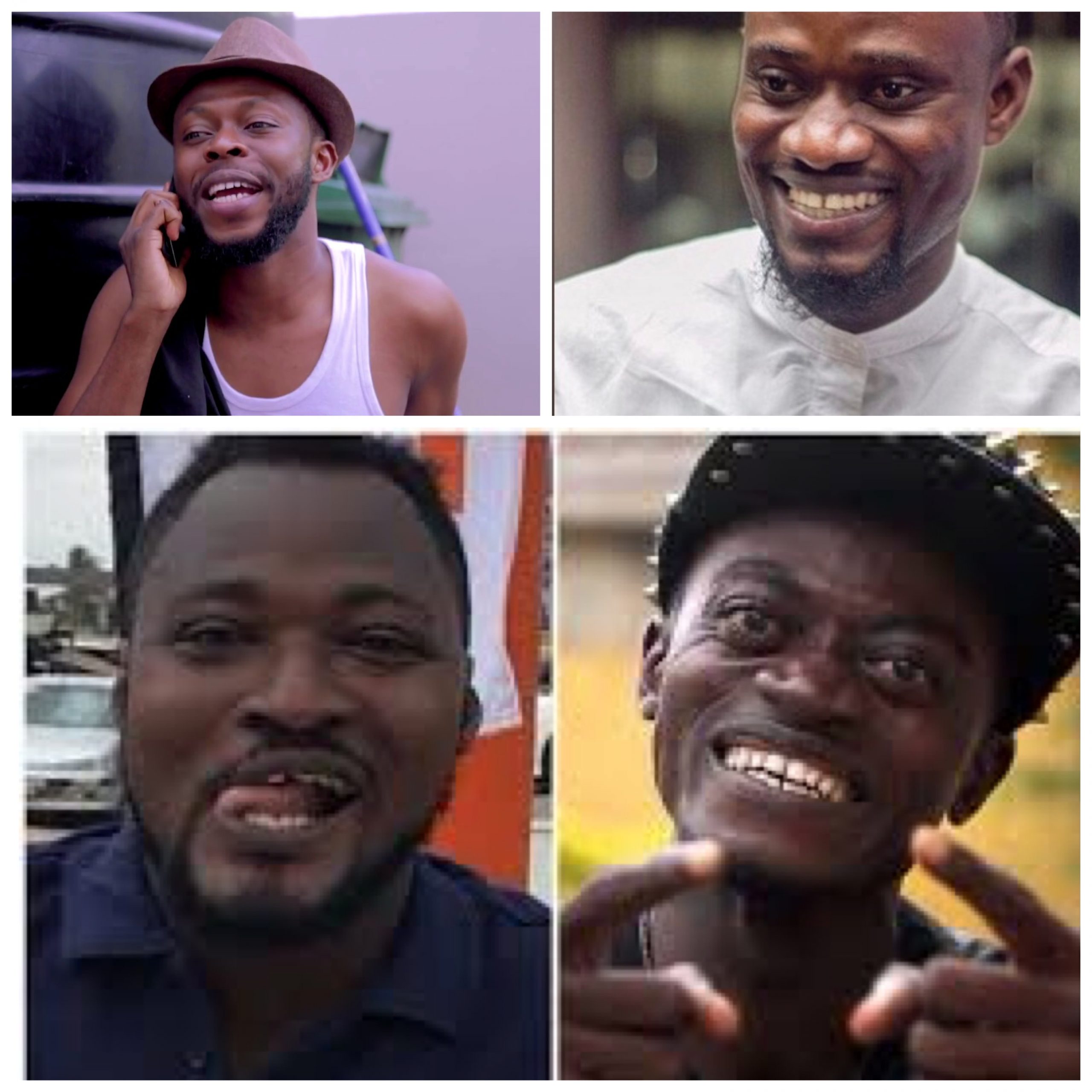 The ‘beef’ between comedians/actors Funny Face and Lilwin has taken a different turn as the as the former has just released a series of attacks on Lilwin, Kalybos and Bismark the Joke.

In a new video sighted on Funny face’s Instagram page, he accused Lilwin, Kalybos and Bismark the joke of trying to sabotage him.

Going on to narrate what is causing this rift between him his colleagues in the video, Funny face said:

“I just finished saying my dawn prayers. That same feeling that made me apologize to my ex wife, that same feeling is telling me, Funny come out you’ve been destroyed for too long. Why? Liwin, kalybos, Bismarck the joke why? What are you taking from me? Why? You intentionally came out to fake publicly like you do. Oh Funny face has blocked me oh funny face has done this. Yet on an interview with Zionfelix you insulted me. For peace sake I came out to say that I’d forgiven you. Eat and me eat some. What is wrong with what I said? Yet you people keep destroying me.”

He also alleged that Kalybos  is envious of everything he has been able to achieve.

“You Kalybos, stupid n*gga like you. You are so envious of everything that you even wanted a girl I slept with and begged me for her. Foolish man, I gave her to you because the girl too I have seen that she’s a fool, so I make you fire, how many n*ggas go fit do this? You and Lil Win” he asked.

The “Kasoa Trotro” actor went on to dare his colleagues to say a word and he was going to spill all their secrets.

“Lil Win I have forgiven you but you continue doing it, don’t try, your secrets that I have to release, you guys will be fed up,” he added.

I HAVE A LEGACY TO PROTECT FOR my #ELLAandBELLA🇬🇭🙏❤️ .. will not sit down for u people to rub my name in da mud for no reason .. because am blessed more dan u all 🙏✊🇬🇭 TO GOD BE THE GLORY .. everybody secret will come out .. AM3hefuuuuiii .. 🥵😡 .. SANDRA ABABIO get ready .. taillight of a girlfriend to a church rat .. explain dis to LIL WIN .. Abi ur his teacher .. u go smell am soon 🥵🔥

Commenting under Funny Face’s post, his Togolese footballer friend, Adebayor pledged his allegiance to Funny in the fight and promised to come along with guns to the fight.

Da game is abt to begin .. brace yourself for what is coming .. SANDRA ABABIO .. Ghana will be too hot for u 🥵 soon 😡 KASOA VANDAMME “ EI GO OVER YOU “

Ghanaian rapper, Eno Barony has stated that it has never been her intention to make”controversial” music. END_OF_DOCUMENT_TOKEN_TO_BE_REPLACED

The MELCOM Group of Companies has opened its newest branch, a three-story Superstore at East Legon on the Boundary Road, opposite the Gethsemane Cemetery in Accra. END_OF_DOCUMENT_TOKEN_TO_BE_REPLACED

Ghanaian actress, Nana Ama Mcbrown has recently shared a post on her Instagram page with a caption that has infused worry among her followers. END_OF_DOCUMENT_TOKEN_TO_BE_REPLACED

Popular Nigerian media personality, Toke Makinwa has disclosed that she was robbed in London, Uk. END_OF_DOCUMENT_TOKEN_TO_BE_REPLACED