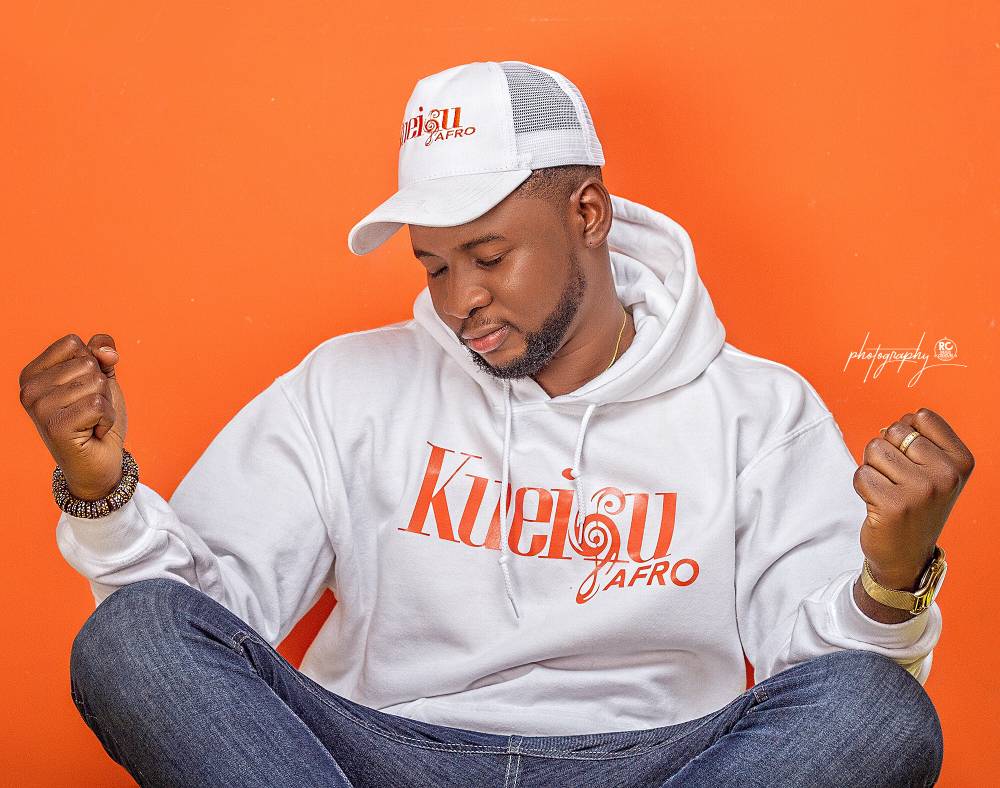 Last Thursday 5th October,2017 at carbon night club in Accra saw the new face of Afro music David Kweku Apia-Kubi known by his stage name KueiQu Afro shock Efya, MzVee, Adina, Richie and a whole lot of celebs and industry players as he kept them On their feet during a live band session. This multi talented young musician who performed his original “NO DRAMA” got MzVee and Richie shouting in response and dancing to the future hit song from the showman “Kueiquafro”. https://ameyawdebrah.com/celeb-buzz-majid-michel-masturbation-efyas-favourite-ghanaian-musicians/ Mesmerized Efya who couldn’t keep calm obviously from such fine talent humorously slipped a cube of ice to Cool the man on fire, then gave him a congratulatory hug in appreciation for his outstanding performance. Craving audience still in shock from the showmanship of Kueiquafro kept shouting in demand for more performances. https://www.youtube.com/watch?v=RRqf1nbLdzw&feature=youtu.be The smooth guitarist “Kueiquafro” has performed on some of the country’s most elite live music platforms and looks forward to working with legends Fela Kuti and Kojo Antwi. He makes his own beat from his personal studio and spends his leisure making love to his guitar. https://ameyawdebrah.com/112477-2/ A short interview with his manager Ishmael “Fairga” revealed that Kueiquafro has been approached by a prestigious event company as opening act to the biggest concert this December with details withheld. He also stated that Ghana should get ready for the next big talent and that his humbled team has their door opened, ever ready for business opportunities and ideas. https://www.youtube.com/watch?v=idMZL5QgKC4 Kueiquafro is set to release his second single titled “LOVE LETTER” on 16th October, 2017. The big question is , “How many fine talents like his are out there, yet unrecognized ?” It’s time our music industry scout “properly”, nurture and market these fine talents to add value to the lives of ppl and boost our enter-tourism industry. Follow Kueiquafro on all social media platforms IG/Twitter:kueiquafro FBK/Youtube : Kueiqu Afro]]>

Related Topics:kueiqu afro
Up Next

Cheating and abuse, Vicky Zugah reveals how she fell in and out of love with Big Brother Africa star, Bolt