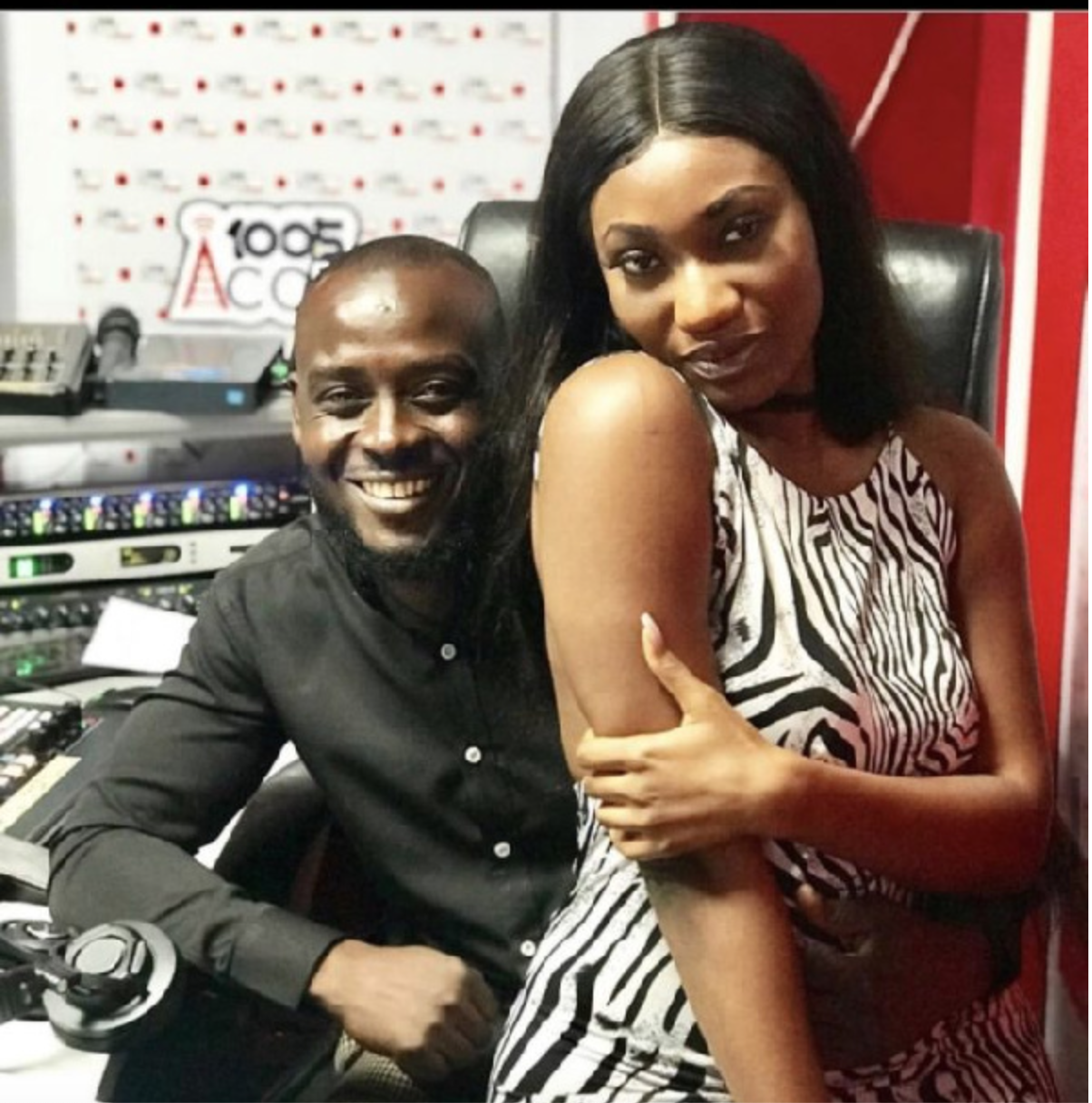 Yesterday, Nana Romeo of Accra FM was in the news again after an interview with Rufftown Records signee, Wendy Shay went bad.

Nana Romeo has since faced a lot of backlash from Ghanaians who believe he conducted the interview in an unprofessional manner.

However speaking in an interview with Zionfelix after the incident, the popular radio host insists that he has proof that Wendy Shay and her manager Bullet are having a romantic affair.

“I have proof. It’s on my phone. I want her to dare me. I have videos and photos that will shock you.I just want Wendy Shay to dare me and I’ll release them,” he stated.

He also added that he respects Wendy Shay that’s why he hasn’t released whatever proof it is that he has.

Why is it ok for male celebrities to sleep around with anyone they choose, but the media harass their female counterparts?-Manasseh Azure queries

Global streaming giant Spotify is proud to announce that Sio has been selected to join the EQUAL Africa programme aimed at spotlighting female artists across the continent. END_OF_DOCUMENT_TOKEN_TO_BE_REPLACED

UK-BASED Ghanaian Gospel musician, Joe Bamfro has been nominated in the Gospel Song of The Year category in the upcoming Ghana Music Awards UK(GMA UK) scheduled for October in the United Kingdom.
His song Moko Be did the trick for him and Joe Bamfro is besides himself with excitement being the first time he has ever been nominated in an awards scheme. END_OF_DOCUMENT_TOKEN_TO_BE_REPLACED

Organizers of the prestigious Ghana National Gospel Music Awards have announced a date for the most anticipated event. END_OF_DOCUMENT_TOKEN_TO_BE_REPLACED