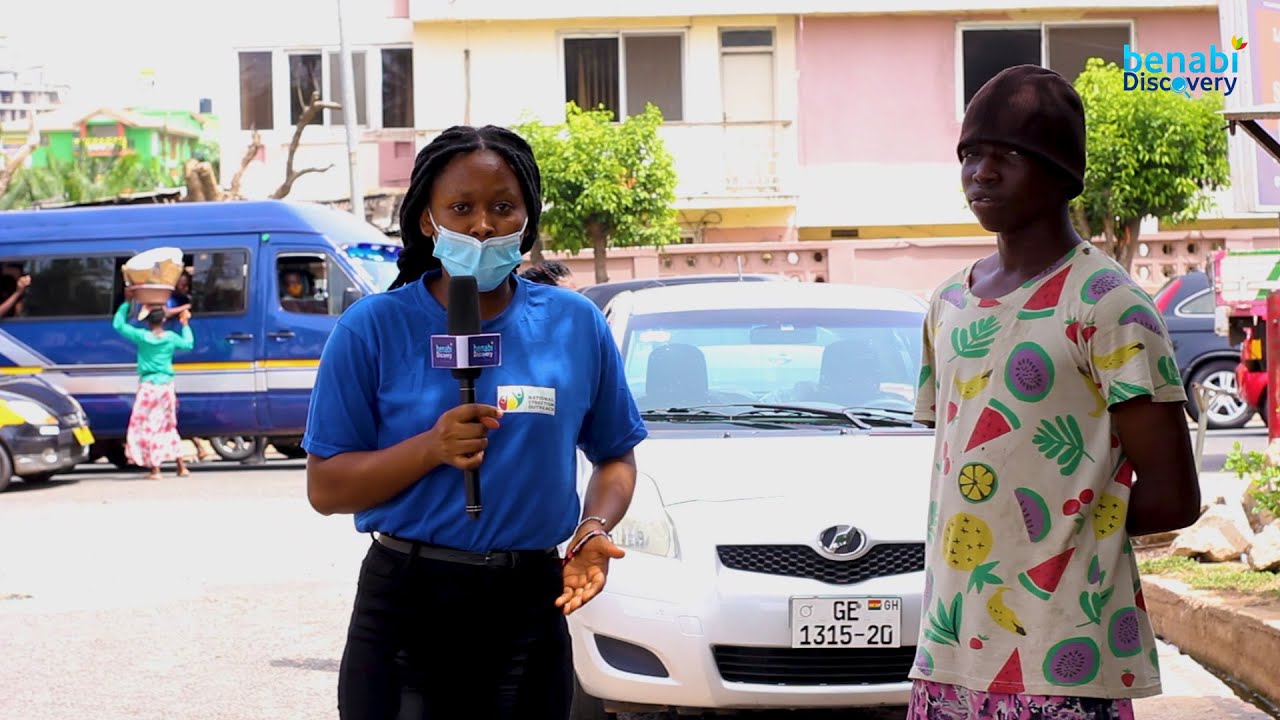 Young Collins Amankwah, who happens to be a street boy in the busy city of Accra as a result of broken home and its bizarre consequences, narrated his rather sad and risky experiences on the streets.

In an interview with Benabi Discovery, Collins made a shocking revelation that, in carrying out his means of livelihood on the streets, some Nigerians tried to convince him and his colleagues to join in a robbery operation; displaying guns in the process. Collins and his friends declined this offer anyway knowing the dangers of armed robbery.

Collins Amankwah has spent thirteen years on the street, having joined this risky venture at a tender age of Nine years as an orphan.

In his narration, Collins Amankwah also uttered the fact that he’s been to school by the assistance of an NGO named 8pm foundation.
With less support from government, this great path of Collins came to an abrupt end when he got to SHS two.

As a result, Young Collins Amankwah returned back to the streets to continue his usual “windscreen” cleaning business to make a living.

On the streets, Collins and his team were offered some cash by a benevolent “client” to share among themselves.
“My senior colleague gave me a deep cut with a scissors, when a scuffle ensued between us”. This Collins said by displaying a wound in the process. ‘A survival of the fittest’ kind of life.

Young Collins also reiterated that, social vices are temptations most of his colleagues find difficult to resist sometimes when the going gets tougher.
So the possibility of a street boy to engage in armed robbery and other social vices is high.

Speaking to Benabi discovery, Collins Amankwah, has dreams to join the army.
He hopes to be a Soldier one day; having gone through the hardships and toughest moments for thirteen solid years on the streets

Why is it the right decision to opt for a wedding music band?
#FindThePioneer: The Zayed Sustainability Prize is looking for people transforming communities and impacting lives
Advertisement

Photos: Akuapem Poloo shares nude photos of Ciara and Jess Hilarious with their kids to justify hers