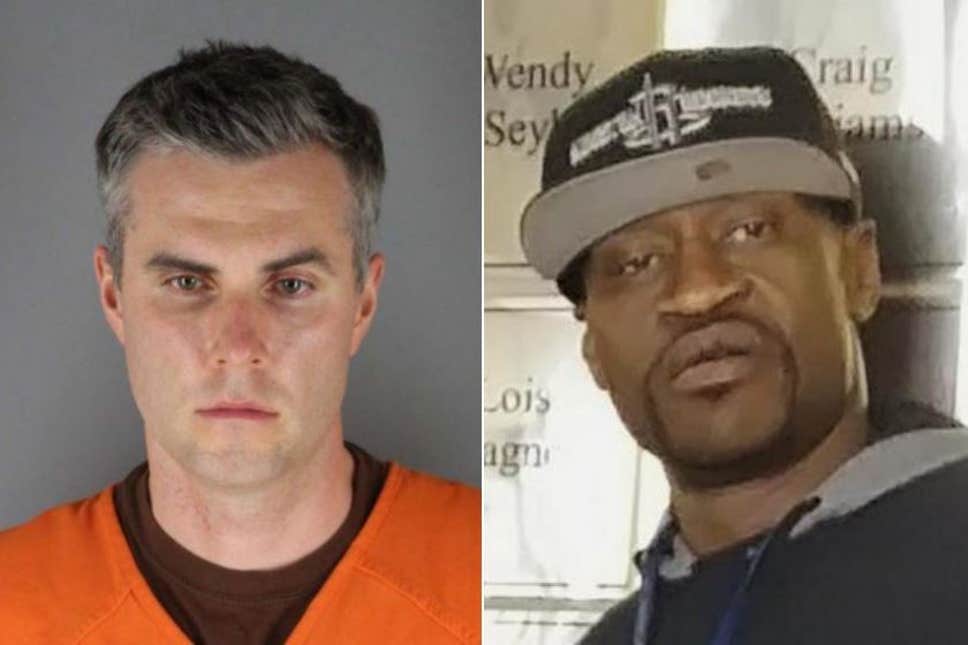 Thomas Lane, one of the four Minneapolis police officers involved in the death of George Floyd, has been released from jail after posting bond.

His family members had set up a fundraising page for the ex-cop earlier this week, asking the public for donations for his ‘defense fund’ they set at $1 million.

‘Now we can watch what happens next from outside,’ Gray told the Tribune. ‘We will bring a motion to dismiss and hopefully it will be granted.’

He will be monitored during his release and must not take part in any law enforcement activities.

The fourth officer, Derek Chauvin, who was caught on camera pinning Floyd down with his knee while he cried out, “I can’t breathe,” is charged with second-degree murder and second-degree manslaughter, with his bail set at $1.25 million.

The two others, Tou Thao and J Alexander Kueng, who face the same charges as Lane, are still being detained on $750,000 cash bonds

Related Topics:George Floyd
Up Next

Iggy Azalea Has Welcomed Her First Child, a Baby Boy!

END_OF_DOCUMENT_TOKEN_TO_BE_REPLACED

“What do celebrities & influential leaders believe in?” As you know, celebrities and influential leaders are role models for young and old generations, and they can influence society and impact the world negatively and positively. Spiritual leader and multi-award-winning life coach Asim Aliloski has seen that successful people on top of their game have been searching for a higher power. END_OF_DOCUMENT_TOKEN_TO_BE_REPLACED

American rapper, Kanye West has reacted to the news of the end of the relationship between his ex-wife Kim Kardashian and Pete Davidson. END_OF_DOCUMENT_TOKEN_TO_BE_REPLACED

Prosecutors are reportedly asking the federal court to seize about $28K from R Kelly’s prison-inmate account since he has $140,000 in court-ordered fines. END_OF_DOCUMENT_TOKEN_TO_BE_REPLACED

Elon Musk has accused the social media platform, Twitter, of fraudulently holding back information about the company as part of a countersuit. END_OF_DOCUMENT_TOKEN_TO_BE_REPLACED