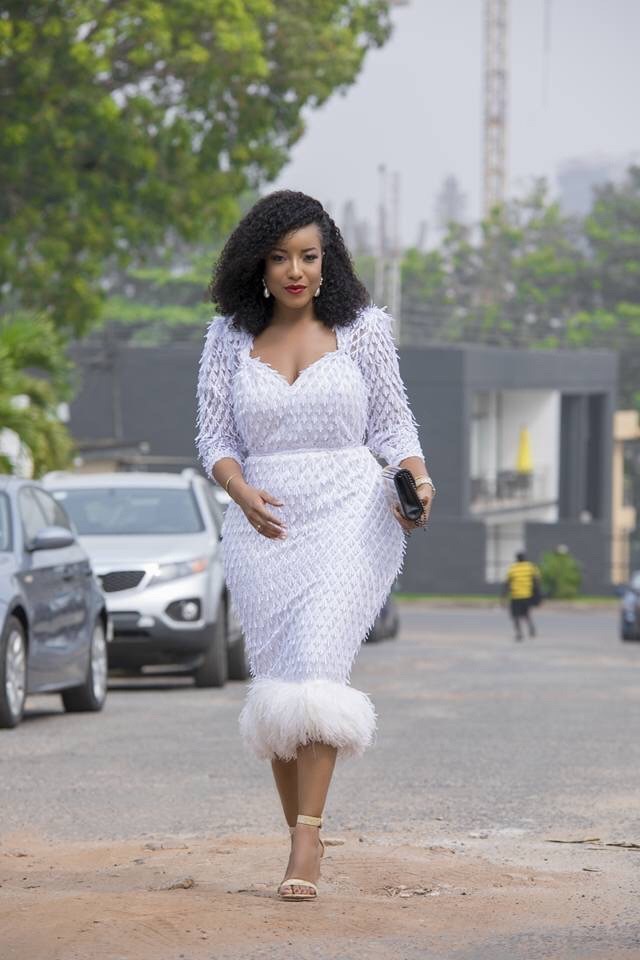 This year marks exactly a decade since celebrated actress Joselyn Dumas started her acting career, and she says it has been a remarkable journey for her so far.
iThe beautiful TV personality is currently not just a household name in the Ghanaian entertainment industry but also one of the influential figures on the acting scene.

She first made her debut on Television as the host of Charter House’s Rhythmz, an entertainment show, which saw her interview many celebrities. Then she went on to “The One Show” on the defunct TV Network, ViaSat 1.

She subsequently got a cameo appearance in Shirley Frimpong Manso’s, Perfect Picture in 2009 and she has since not looked back.

She told NEWS-ONE that she knew nothing about acting when she started 10 years ago. She however, didn’t give up; she worked extra to come this far with her acting career.

“Ten years ago was my first ever appearance in any movie production in Ghana and I didn’t even know anything about acting and things like that… A lot of things happened to me in the last 10 years, both highs and lows… but that is life,” she said.

She is currently no doubt enjoying her career as she says “I have been doing a lot. I have been working with Stanchart on their online mobile banking. I am also working with Samsung; we are promoting their new Samsung 10 plus and also working with Ghana Gas. I am basically doing a little more corporate stuff and then as and when a nice script comes my way, I do it.”

Joselyn is also one of the casts who have returned for Sparrow Pictures’ “Perfect Picture – 10 Years Later” film to be released in December 2019.

Menzgold releases date for documents validation ahead of customers payment

Ghanaian rapper, Okyeame Kwame has opined that the new crop of rappers in the industry are far “better” than him and others who have been in the game for two decades. END_OF_DOCUMENT_TOKEN_TO_BE_REPLACED

Ghanaian rapper, Sarkodie may be gearing up to speak against the governance of the nation by the ruling New Patriotic Party (NPP). END_OF_DOCUMENT_TOKEN_TO_BE_REPLACED

Ghana’s social media has been buzzing after a video showing a young  Ghanaian in police escort to go and buy a burger went viral! END_OF_DOCUMENT_TOKEN_TO_BE_REPLACED

Broadcast Journalist at Metro TV, Bridget Otoo has come after employers who fail to pay their workers, yet live lavishly. END_OF_DOCUMENT_TOKEN_TO_BE_REPLACED