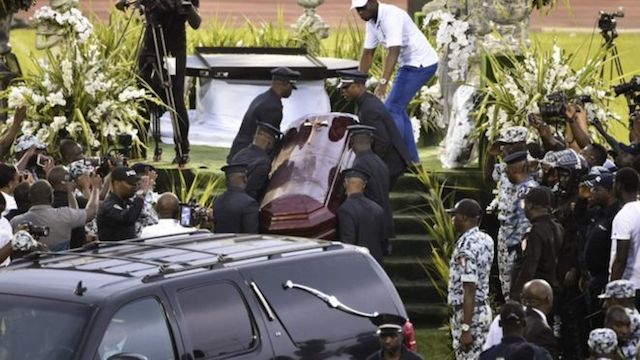 Twelve people have been arrested after fans of Ivorian musician, DJ Arafat stormed the cemetery where he was buried and allegedly opened his coffin.

Videos on social media appeared to show fans opening his coffin and undressing the late musician’s body to check for tattoos in an effort to identify him.

The chaotic scenes followed rumours and disbelief that he had really died.

“We wanted to see the body of our idol before the tomb was sealed,” one unnamed fan told AFP news agency.

Disturbing: Pandemonium in #Abidjan, as overzealous #DJArafat’s fans dig up his corpse to check if it was really him that was buried; tear his clothes to check his tattoos for verification

But the police were quick to make arrests.

According to a press statement by the Mayor of Abidjan, Vicente Tohbi Irie, 12 people have been arrested, adding that “investigations will continue for the arrest of all culprits and to locate the responsibilities at all levels.”

Describing the incident, the mayor’s office referred to it as a “desecration of the tomb” of the musician.

DJ Arafat was one of the most popular African musicians in the Francophone world, and had been referred to as the “king” of coupé-décalé (cut and run), an Ivorian form of dance music.

Related Topics:DJ Arafat
Up Next