Time Magazine has released its second annual “100 Next” list.

The Time100 Next list is released as an extension of the Time100 list of most influential people each year.

Introduced in 2019, the Next list highlights 100 people who are shaping their respective fields in business, entertainment, health and science, sports, activism and more.

The youngest person on this year’s list is 16-year-old entertainer Charli D’Amelio, who counts more than 100 million followers on TikTok. 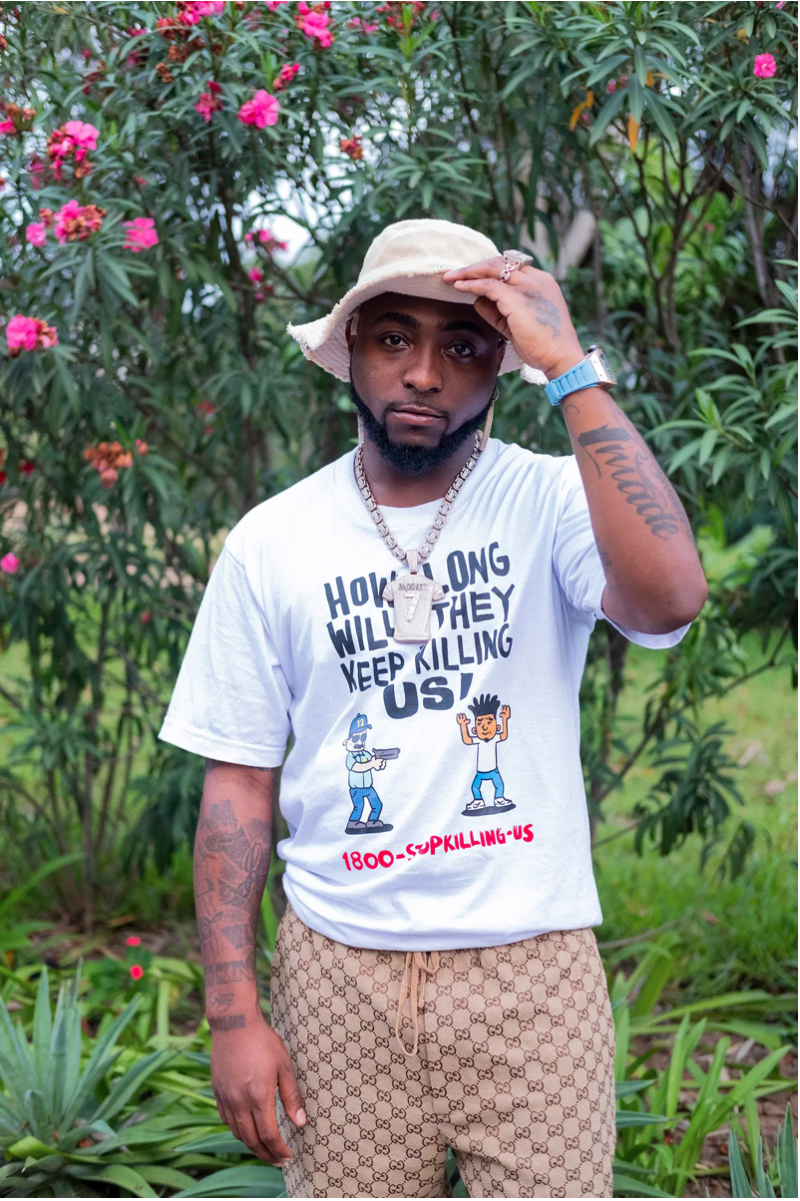 Davido is one of the biggest voices in Afrobeats because his music connects with people, often in ways that transcend his expectations. When he released the song “FEM” in 2020, a title that loosely translates to “shut up” in Yoruba, he didn’t know it would become a major #EndSARS protest anthem, as youth banded together to demand the government take action to end police brutality in Nigeria last October. Officials responded by sending politicians to give speeches. We told the government to keep quiet unless they had something sensible to add—the ethos of “FEM” was directly relatable to that moment.You can tell Davido puts 100% into every song he makes. And the results are clear: his album A Good Time surpassed a billion streams in 2020. Afrobeats is a worldwide phenomenon, and Davido is one of many Nigerian artists who has made that possible; now more and more artists, from Nicki Minaj to Young Thug, want to work with him.By bringing Afrobeats to the global stage, he’s paved the way for people like me- By Laycon 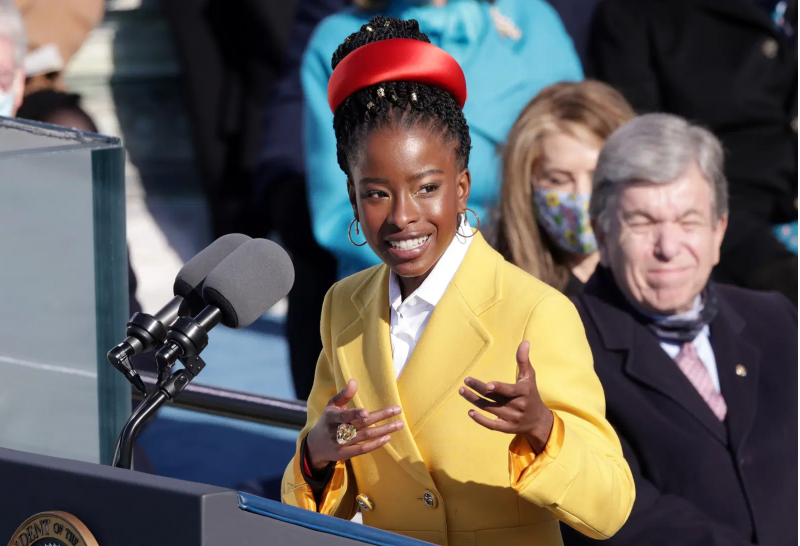 “What was the poet’s name?” “Who was that incredible young woman?”

I’ll never forget hearing those questions roll through the audience of the Geffen Playhouse in 2018 when Amanda Gorman stepped off the stage. It was a star-studded Hollywood fundraiser for arts and education programs, a night full of boldface names. But as Amanda delivered her tightrope-taut verse with impossible poise, the room was hers. Sitting in the second row that night, I became a fan for life.

Those questions ricocheted around the world again on Jan. 20, when Amanda Gorman delivered her original poem “The Hill We Climb,” at President Biden’s Inauguration. If the hardest part of an artist’s job is to fully and honestly meet the moment, Amanda delivered a master class. She spoke truth to power and embodied clear-eyed hope to a weary nation. She revealed us to ourselves.

Here’s the best part: there are so many more moments for Amanda Gorman to meet. 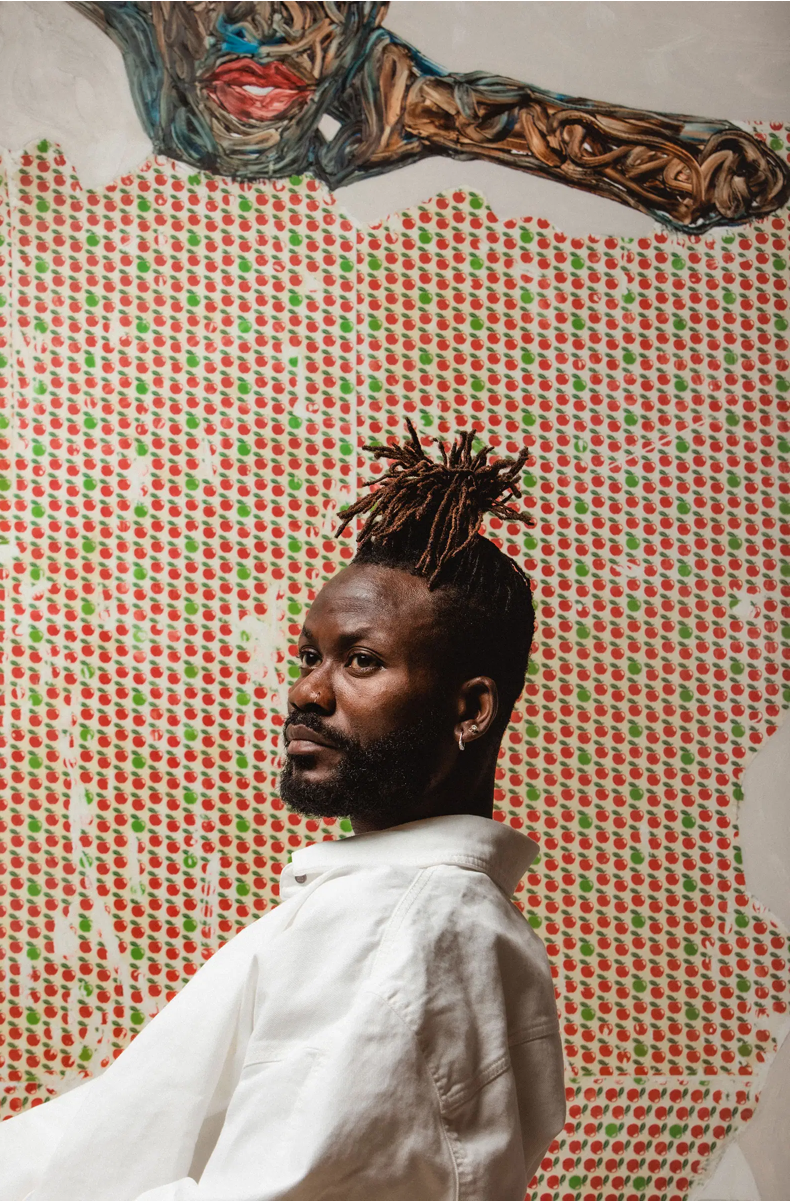 Amoako Boafo is a rising art-world superstar. The 36-year-old Ghanian artist’s work, characterized by bright colors and textured finger painting, highlights Black identity and the African diaspora with complexity and warmth: in the 2020 painting The Pink Background, for example, two men lean into each other as if posing for a photo, both clad in suits and standing before a rose-colored backdrop. This distinctive style has made him one of the world’s most in-demand artists, and won raves from Kehinde Wiley and Kim Jones, the artistic director of Dior Men, who launched a collaboration with him in 2020, making Boafo the first African artist to develop a line with the French fashion house. Perhaps just as significant is Boafo’s staunch unwillingness to being exploited by white collectors now hungry for Black creativity. Amid Boafo’s meteoric rise, his work has often been “flipped,” or resold quickly at a much higher price—a practice that can prevent artists from profiting from the huge windfalls of secondary sales. In response, the artist has fought to establish more control over his work, both by buying it back and through creating a studio for local creatives in Accra. As a result, Boafo has sparked a larger dialogue about who really profits when Black art is handled by white gatekeepers. —Cady Lang

Ghanaian actor and entrepreneur, John Dumelo has requested for the funds set aside for the Black Stars, had they qualified to the round of 16 in the FIFA 2022 World Cup, to be used to purchase desks for school kids. END_OF_DOCUMENT_TOKEN_TO_BE_REPLACED

END_OF_DOCUMENT_TOKEN_TO_BE_REPLACED

Accra’s biggest and only photo festival, “Wondaland” is back; this time bigger and better. END_OF_DOCUMENT_TOKEN_TO_BE_REPLACED