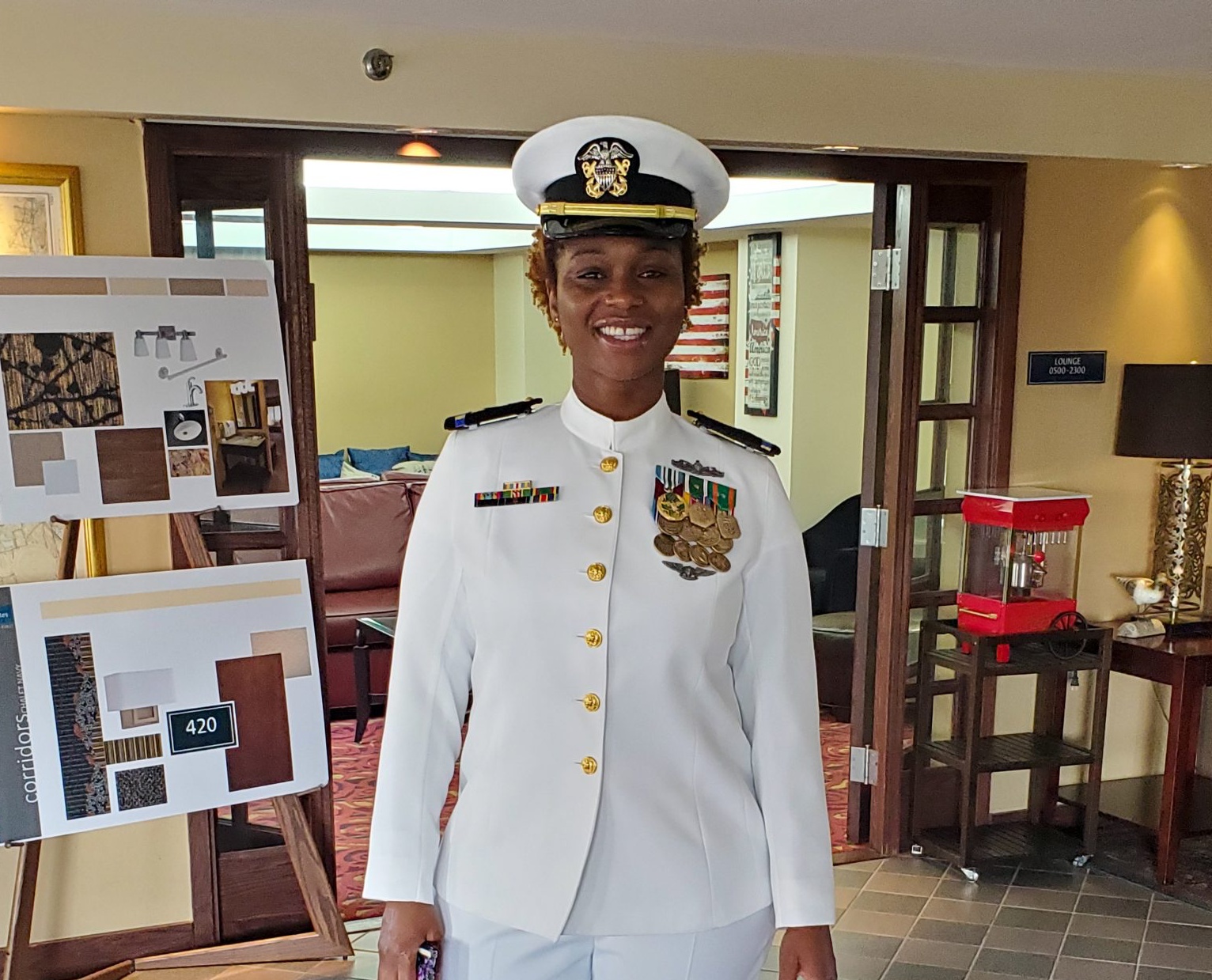 Chief Warrant Officer Two (CWO2), Pearl Amoako is not just any ordinary officer of the US Navy. Her story of rise within the service has been one of determination and self-sacrifice. She is currently the Food Service Officer at the U.S. Naval Base in Cuba. She is responsible for feeding all military personnel and Civilians on the base.

Amoako was born in Accra, Ghana but later migrated to the US where she graduated from Magruder High School in Rockville Maryland. At age 17, she enlisted in the United States Navy and reported to Recruit Training Command, Great Lakes, Illinois, on August 4, 1999. Amoako graduated from Mess Management Specialist “A” school in February of 2000.

The Journey through the ranks

She had her first taste naval duties in February 2000, when she reported onboard USS John F. Kennedy (CV-67), home-ported in Jacksonville, Florida. While on the John F Kennedy, she qualified as Cook on Watch, Jack of the Dust, and Watch Captain.

Amoako earned her enlisted Surface Warfare and Aviation Warfare and advanced to Second Class Petty Officer. She completed two 6-month deployments to the Persian Gulf in support of Operation Enduring Freedom (OEF), which was the official name used by the U.S. government for the Global War on Terrorism, in response to the September 11 attacks.

Pearl Amoako’s rise through the ranks of the US Navy

In December 2004, Amoako reported to National Naval Medical Center, Bethesda. During her tour, she deployed with USNS Comfort (T-AH 20) in response to Hurricane Katrina and completed a Humanitarian Assistant Training Deployment in Latin America. While on shore duty, she advanced to First Class Petty Officer and earned her Bachelor of Science Degree in Business Management.

In February 2008, Amoako reported to PCU Stockdale in San Diego as Galley Supervisor and Leading Petty Officer. Following her tour on USS Stockdale (DDG 100), she completed an Individual Augmentee assignment to United States Forces Iraq in support of Operation New Dawn, the US mission in Iraq, in 2010. She was Head Chef to a Four Star General Headquarters and provided world-class dining for U. S. Forces Iraq Staff General Officers and executed receptions for Iraqi Government, NATO the Vice President, SECDEF, Joint Chiefs of Staff and SECNAV. 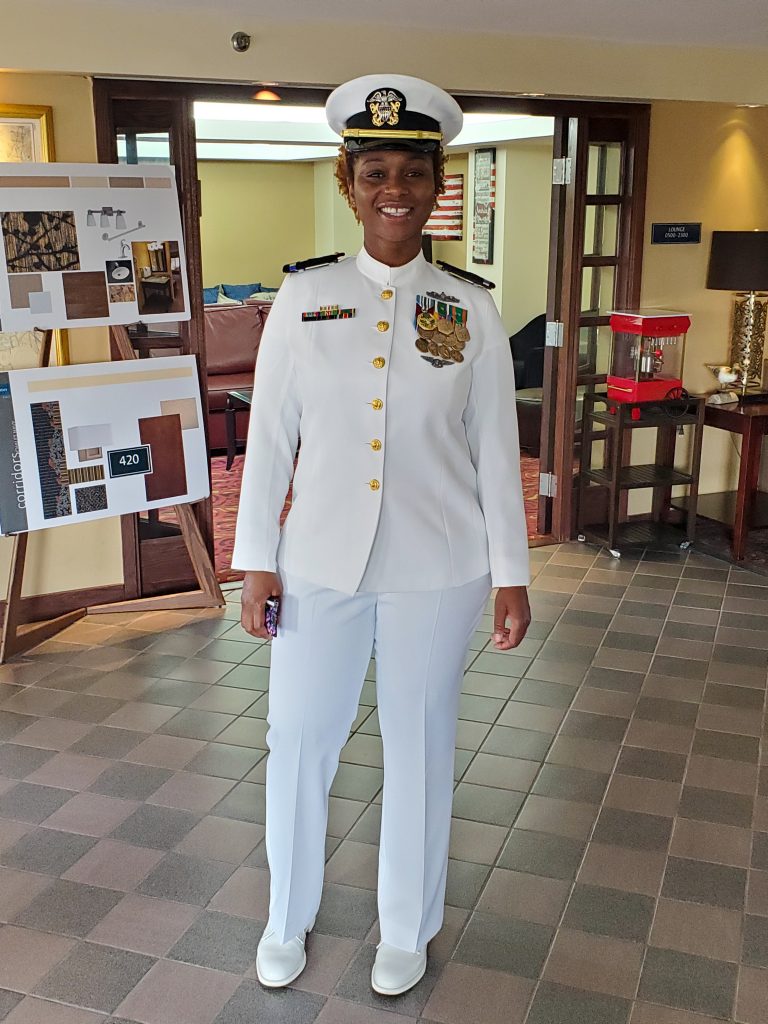 Amoako then transferred to the USS Peleliu (LHA-5) in December 2011. As Leading Petty Officer to over 130 sailors, she completed an 8-month WESTPAC deployment and was promoted to Chief Petty Officer in September 2013.

From February 2014 to March 2015, she served as the Operations and Logistics Chief for Secretary of the Navy Executive Dining Facility at the Pentagon where she led 15 Sailors and Marines in providing five- star meals to General Officers, Flag Officers, and Senior Executive Service level offices.

Amoako then served on the USS KIDD (DDG 100) from 2015 to 2017 as Departmental Leading Chief Petty Officer to 46 Sailors. She led her team to achieve a 95% score on the Supply Management Certification qualifying the ship to contend for Captain Edward F. NEY Memorial Food Service inspection.

In April 2017, she reported to Center for Services Support Learning Site San Diego, CA. She served as Culinary Specialist Food Service Instructor and Senior Enlisted Leader. During this tour, she advanced to Senior Chief Petty Officer and also for Chief Warrant Officer. 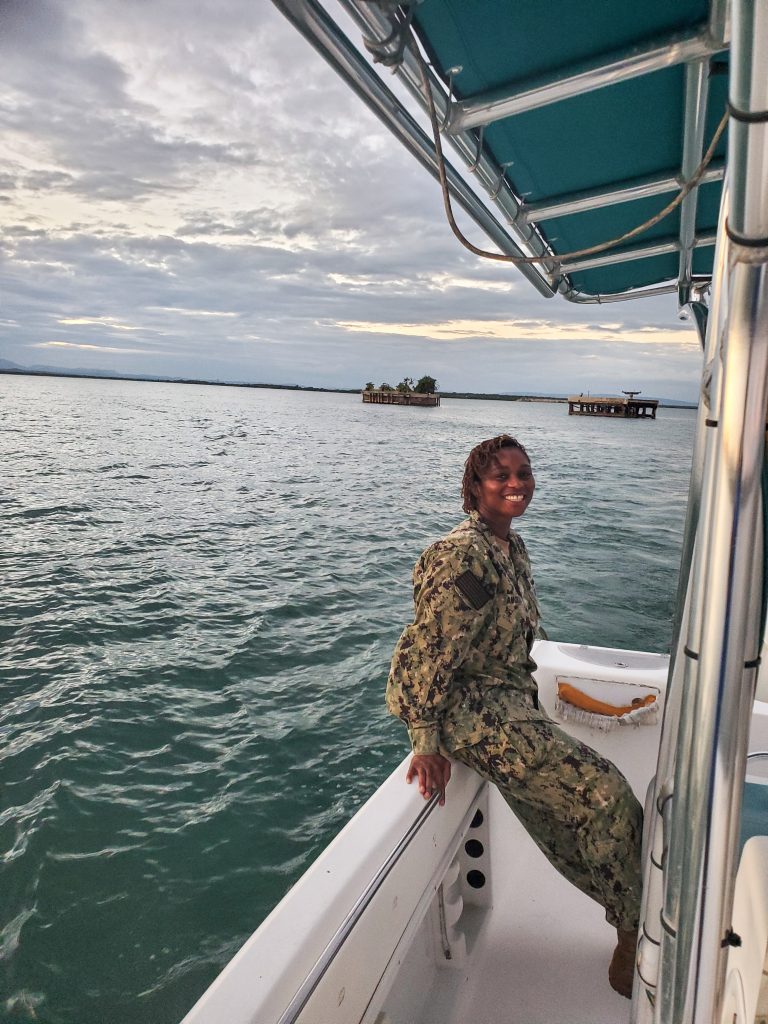 Pearl Amoako’s rise through the ranks of the US Navy

Family and the future

Amoako is married to Roger Akutcha. So how does Roger cope with unpredictable and hectic schedule of his wife? Fortunately, he too is in the U.S. Military and so knows what his wife has to deal with.

“We’ve been married for 3 years. I met her in Ghana during one of her visits. I believe my wife will never grow old because her heart is so pure and beautiful. She is the definition of kindness, confidence and respect and very ambitious. She is everything I want my woman to be,” he says.

Piano classes: Exploring the importance of pop VS classical music