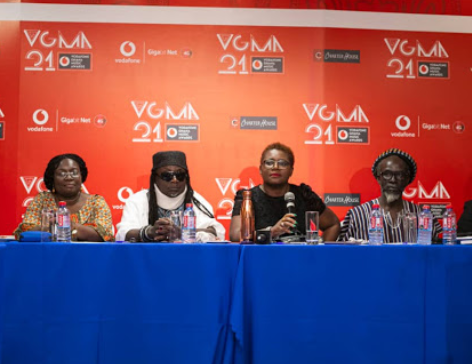 Charterhouse, producer of the Vodafone Ghana Music Awards, has announced the postponement of the nominees jam which was originally scheduled for Koforidua, April 4.

The Management of Charterhouse, Board of the Vodafone Ghana Music Awards and Vodafone, regret to announce the postponement of Vodafone Ghana Music Awards Nominees Jam, originally scheduled to come off at the Jackson Park, Koforidua, on the 4th of April, 2020. This has become necessary due to the recently confirmed Covid 19 cases in Ghana, and the National Directives on Public Gathering.

A new date will be announced later, subject to further National Directives on Public Gathering.

Any inconvenience caused is deeply regretted.

We would like to use this opportunity to remind the general public to follow the preventive measures issued by the Ghana Health Service, and comply with Government’s recent directives on Public Gathering, which are aimed at preventing the spread of the virus.

#COVID-19: I’m looking to self-quarantine, away from my family when I get back- Stonebwoy

Watch: “It’s a sin to fear”- Martha Ankomah to Christians amidst #covid_19