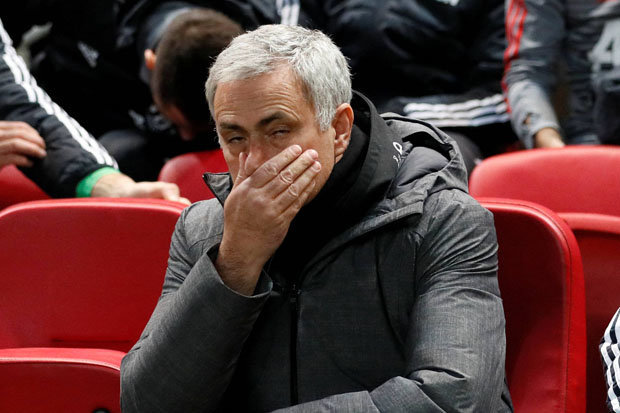 Manchester United sacked Jose Mourinho after he delivered a series of disappointing results. The Red Devils under him were losing points against West Ham and Wolves while suffering a sound beating against Tottenham, Liverpool, and Manchester City.

Unfortunately for United fans, their club hasn’t fared any better under Ole Gunnar Solskjaer either. However, with some likely new signings, Solskjaer’s side will at least be able to qualify for the Champions League by the end of the coming season. If you believe they will finish in the Top Four, then avail 22bet South Africa review and put your money on the young and promising side of Ole Gunnar Solskjaer.

This was the most humiliating defeat Mourinho suffered while being at Real Madrid. His side was completely torn apart by the formidable forwards of Barcelona.

Barcelona looked threatening from the very beginning of the game. Just inside the first ten minutes, Xavi scored the first goal with a cool finish past the Madrid keeper. Then, Pedro found himself on the scoresheet after David Villa provided him a good cross.

Real Madrid were all at sea while Barcelona was dominating proceedings of the game. Ronaldo wasn’t at his best and was offering very little of note while Messi was at his magnificent best for Barcelona. His two incisive passes in the second-half were brilliantly converted by Villa, and with Jeffren’s injury-time goal, Barcelona registered an emphatic victory against their fierce rivals. To compound the misery for Real Madrid, Sergio Ramos saw red just before the final whistle.

It was simply inconceivable that Chelsea would slump to such a miserable defeat against a struggling Middlesborough team in February 2006. The mighty Chelsea team under Jose Mourinho were on course to their second consecutive Premier League trophy (and they went on to win it later) and hadn’t lost a Premier League game since November.

Middlesborough, who had recently suffered a 4-0 home defeat to Aston Villa, humbled the defending champions at the Riverside stadium to let them taste their second defeat after United bested them at Old Trafford earlier.

Boro fully exploited the lax defending of Chelsea from the very beginning of the game. Their first goal came only after 78 seconds through Fabio Rochemback. Then, Stewart Downing extended the scoreline with a speculative shot just before the break. Boro completed the misery for Chelsea when Yakubu muscled his way past John Terry and provided a brilliant finish to get an emphatic victory for his team.

The 2012-13 Champions League could have been an all-Spanish final at Wembley if Real Madrid and Barcelona had won against Borussia Dortmund and Bayern Munich. Instead, both Barca and Real lost, hence making it an all-German Champions League final.

Barcelona was completely routed in both legs while Mourinho’s Real Madrid suffered humiliating defeats too.

Robert Lewandowski was in great form as he destroyed the Spanish side with spectacular goals. He made the breakthrough inside the first 8 minutes of the game by converting Mario Gotze’s inviting cross. Though Cristiano Ronaldo succeeded in getting an important away goal, it didn’t feel much valuable when Lewandowski completely destroyed Real in the second half.

The Polish striker fired two quick goals at the beginning of the second half before converting a penalty as well to head into the second leg with a massive advantage. This lead got the German side to the Champions League final despite losing the second leg 2-0.

On Tuesday, August 2, Netflix hosted a “See What’s Next Africa” content showcase in Lagos, Nigeria, to spotlight its increased investment in Africa’s rich storytelling history through exciting new projects in a wide range of genres and formats that will be available in 190 countries. END_OF_DOCUMENT_TOKEN_TO_BE_REPLACED

Religious fanaticism and extremism have plunged countries into chaos and conflict the world over. Countries in West Africa that have been affected include Nigeria, Burkina Faso and Mali among others. END_OF_DOCUMENT_TOKEN_TO_BE_REPLACED

The meteoric rise of the African entertainment industry into a reckoning force within the global entertainment landscape has been accentuated by MTV Base’s tireless commitment to expanding the acceptance of African music, lifestyle, and entertainment across the globe. Over the last two decades, and in recent times, it has affirmed this commitment with various innovative campaigns, the most recent of which is its Musicology series.   END_OF_DOCUMENT_TOKEN_TO_BE_REPLACED

This Week’s Episode Features a Conversation With Fireboy DML, the 5 Hottest Tracks of the Week, Africa Rising and Dadaboy Ehiz’s Favourite Track of the Week! END_OF_DOCUMENT_TOKEN_TO_BE_REPLACED