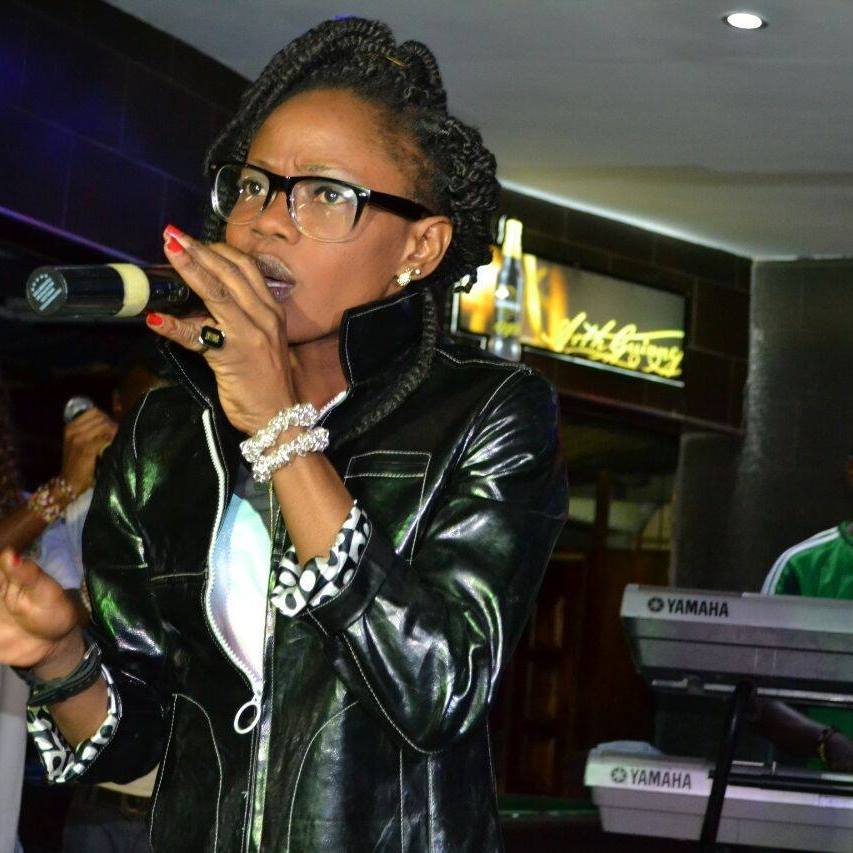 According to the rapper, she believes strongly that a change of environment will be  good therapy for Okomfour Kwade3.

This comes after yet another disturbing photo of Okomfour who has been battling mental illness for a while now, made its way online a couple of days ago. The photo has since gone viral and sparked a lot of concern about his health.

Reacting to the photo and sharing her concern for her brother, Abrewa Nana called on fellow musicians, stakeholders and the general public to come to his aid before it’s too late.

“Okomfo Kwade3, has been battling mental illness for a while now. Just last week,i was on phone with a friend abroad confessing that if i had the means one of the things i would loved to do, is to fly Okomfour Kwade3 abroad ,because i believe strongly that change of environment would be a good therapy for him to destress(eat well,sleep good,go shopping,fun activities,meet new people,seek counselling ,record ,shoot a video etc.) and trust me with prayers he will be good by the time he comes back within 6months to a year.I said it ‘k3k3” God is my witness…God is my witness!!!

Only for me to see a picture of him,my star,my legend OKOMFOUR kWADE3 going viral this evening and am really saddened by the look.I got upset about the various post,just like others too.Someone said the reason why late Benard Nyarko(rip) did not want his colleagues visiting him,another also argued that if the pic hadn’t gone viral,how would we have known what was going on with him.My heart is bleeding right now

. I don’t know his situation but definitely a brother needs help and its obvious no be today.I remember some years ago,i personally told the ex president of the musicians union of Ghana to organise a show at the stadium (of which i believed Ghanaians/fans would have supported ) to help him.Was willing to perform for FREE to aid the course and he told me he has thought about it and will put it on agenda;till today!!! This is not the time to point fingers,to be judgemental or explain what u think caused this.Fustration and depression can do alot more than your assumptions The brother is alive and its not too late.I can’t do it alone.I can’t do it on my own.Please i am begging all of u/s lets come together and help OKOMFOUR KWADE3 whiles we can instead of wait to bury him or use him for the “NEWS” and it ends there. We all need help,but, he needs US most right now.He needs our love, support and prayers in these hard times.No negative vibes PLEASE 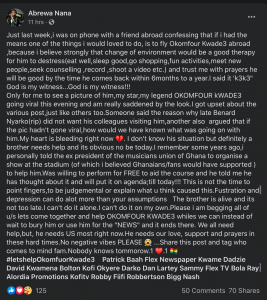 Akwaboah expresses disappointment at not winning “Album of the Year”: says he’s the electricity in the industry