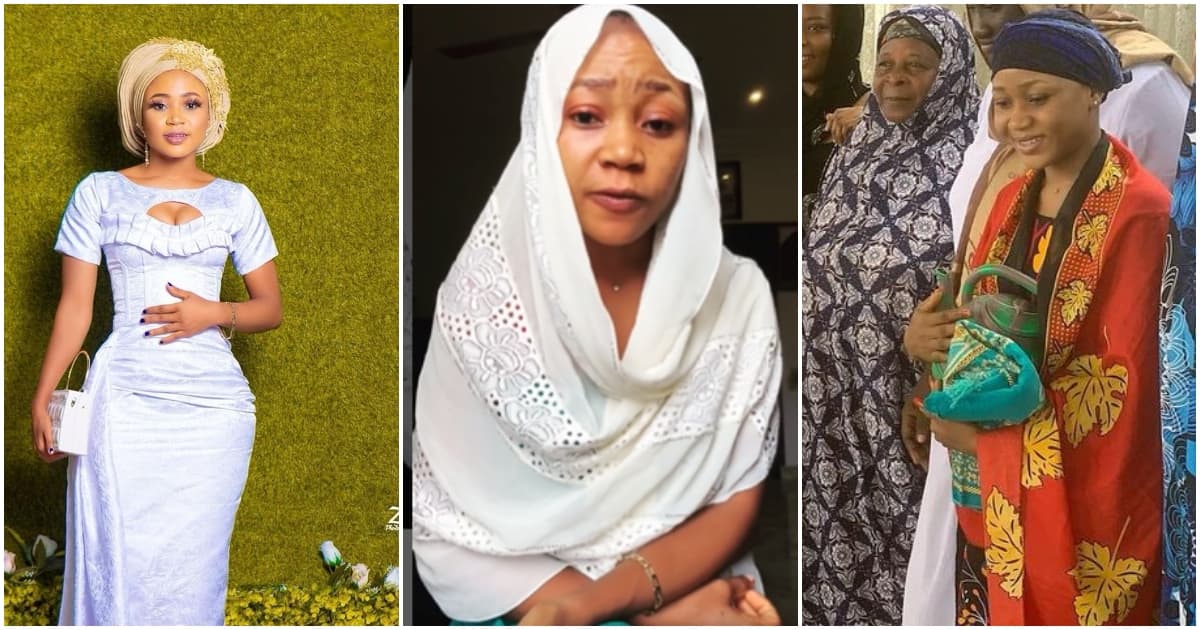 The brand influencer and socialite surprised her fans and followers last week when she announced her decision to convert to Islam.

Akuapem Poloo was photographed in full Muslim regalia, holding an ablution can and a prayer mat, during her conversion ceremony.

Read Also: Tinny should apologize for attacking Stonebwoy because it was wrong. – Captain Planet

“Alhamdulillah full Muslim now, thanks to the Deputy National Chief Imam’s Quran Reciter and his board for assisting in this,” she captioned the photos.

Poloo’s conversion was met with skepticism, with some netizens suggesting she was simply playing with her fans to gain attention, as she has always done.
To prove skeptics wrong, she has unveiled a new name in addition to her official identity.
Poloo was seen in an Instagram video wearing a white hijab and indicating that her new name is Haniya, which means “happiness, joy, and laughter” in Islam.

Her motivation for the change is unknown at this time, but she is entitled to the right to worship as guaranteed by Ghanaian law.

The Ghanaian singer and actress, Sister Derby has made her international film appearance in the yet-to-air Netflix original film, ‘RAINBOW’. END_OF_DOCUMENT_TOKEN_TO_BE_REPLACED

Ghanaian broadcaster, Kafui Dey is on a mission to combat illegal mining in Ghana and wants to use any means possible to bring the world’s attention to the problem. END_OF_DOCUMENT_TOKEN_TO_BE_REPLACED

Harvey Mason Jr, CEO of the Grammy Awards, has shared insights on the nomination process and how to win a GRAMMY with Ghanaian artists during a private dinner meeting. END_OF_DOCUMENT_TOKEN_TO_BE_REPLACED

Harvey Mason Jr., the Chief Executive Officer (CEO) of the Recording Academy, organizers of the Grammy Awards, has said there are some misunderstandings regarding the creation of an Afrobeats category in the Grammy Awards. END_OF_DOCUMENT_TOKEN_TO_BE_REPLACED

The Chief Executive Officer of Big Ideaz Consult, Kojo Poku has revealed that none of the artists who were billed to perform at the recently held Global Citizen Festival in Accra were paid a performance fee. END_OF_DOCUMENT_TOKEN_TO_BE_REPLACED

Ghanaian musician, Kirani Ayat has called out the Presidency for using some portions of his music video in an advertisement without his permission. END_OF_DOCUMENT_TOKEN_TO_BE_REPLACED