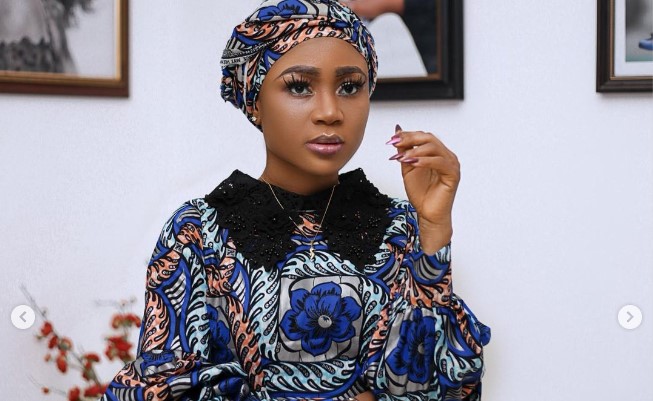 According to Rosemond Alade Brown popularly known as Akuampem Poloo, her desire to convert to Islam started years ago when she met her baby daddy.

https://youtu.be/PXReFP7fTuw
The brand influencer became Muslim two weeks ago and now goes by the Muslim name Haniya.  Many criticized her conversion, believing she did it solely to trend and mock the Islam religion.
However, the actress has refuted those accusations, citing some life decisions she made years ago as proof of her decision to convert.
Read Also: I converted to Islam for my son to learn his religion not for trends – Akuapem Poloo
In a recent interview with AmeyawTV, Akuapem Poloo revealed that if she had married her then-boyfriend and baby daddy, she would have become a Muslim.
She stated:

Watch the interview in the video above.
Related Topics:Akuapem Poloo
Up Next

What a time to be an African! On the back of a successful Global Citizen Festival in Accra, and a visit of  Recording Academy CEO, Harvey Mason Jr to Ghana, his first trip to West Africa, it appears that Afrobeats may soon get its individual shine at the Grammys! END_OF_DOCUMENT_TOKEN_TO_BE_REPLACED

The School of Graduate Studies of the University of Professional Studies (UPSA) has honoured Ghanaian musician, Rebecca Acheampong known popularly as Becca for her outstanding academic achievements. END_OF_DOCUMENT_TOKEN_TO_BE_REPLACED

Platinum selling artist, KiDi has reacted to the resurfacing of his old tweets on the social media platform. END_OF_DOCUMENT_TOKEN_TO_BE_REPLACED