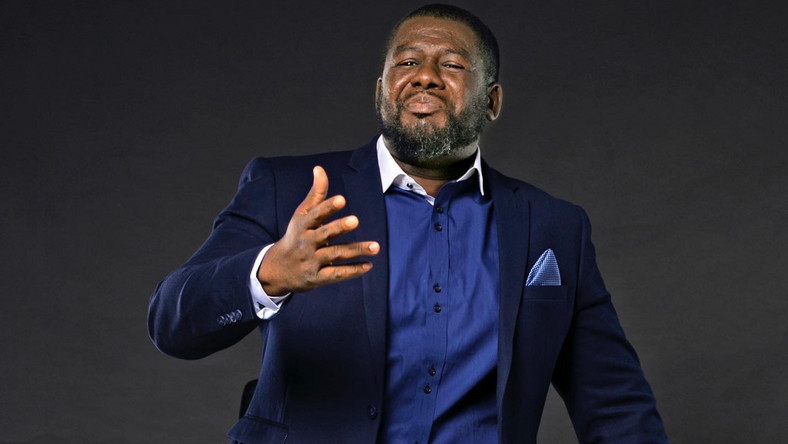 Artiste Manager, Lawrence Nana Asiamah Hanson, popularly known as Bulldog has cleared the perception put on the general public by the Police in connection to the murder of Fennec Okyere.

According to Bulldog, he had issues with the Police because of the false information they gave about him in connection with his involvement in the murder of Fennec Okyere.

“There’s a perception out there that I threatened Fennec. I did not. There’s no record anywhere. Nothing! The only argument I had with Fennec was public on the radio. And I never used those words.

Read also: I have acted in p0rno before- Wisa Greid reveals

“So if the police come out to say that and they had said that and it’s on record that they said that, what do you expect me to do? Praise the police? No, I won’t. I will give it to them the way they deserve,” he told Andy Dosty on Hitz FM.

Bulldog had stated in an interview on Okay FM that his 9-month-old baby was more intelligent than the police, a statement which landed him in trouble.

However, he has revealed it was before he formed a new relationship with the Ghana Police.

“Let me clear this. There was a statement I made. Now, I’m very very cool, and it’s not like before I wasn’t cool. I’m still cool with the police. I just came from the IGP’s office. I have respect for every policeman, especially the ones on the street. They do the dirty work.”

Read also: Watch: Bulldog explains why he is no longer working with Shatta Wale

He continued; “I read from cells my own story how I killed Fennec. Yeah, it’s funny. I was reading it. Upon all the hard work that I have done in this country, I had never made the front page until they said I killed someone.”

Before his early demise, Fennec Okyere was the head of MadTime Entertainment and manager of Kwaw Kese.

He was found dead at his Manet Gardens residence, in March 2014. Fennec was brutally killed by unknown assailants, who broke into his house in Accra on Thursday, 13, March, 2014.

Bulldog was subsequently arrested as the prime suspect in Fennec’s murder.

“I have always wanted to be a Muslim, which is why I gave birth with a Muslim man.”- Akuapem Poloo

Black Sherif is getting ready to release his debut album, and the tracklist has everyone excited. END_OF_DOCUMENT_TOKEN_TO_BE_REPLACED

The Ghana Police Service has mounted a search for a man who was caught on video flogging a baby under a tree. END_OF_DOCUMENT_TOKEN_TO_BE_REPLACED

Broadcaster, Serwaa Amihere has advised women not to put too much stress on their men as they may be going through a lot. END_OF_DOCUMENT_TOKEN_TO_BE_REPLACED

Dr. Edem Mahu from the University of Ghana, has received the “Africa Award for Research Excellence in Ocean Sciences” from AGU. END_OF_DOCUMENT_TOKEN_TO_BE_REPLACED

A brand-new Alisa Hotel location in Tema was unveiled on Friday, September 30, 2022 in pomp.  END_OF_DOCUMENT_TOKEN_TO_BE_REPLACED