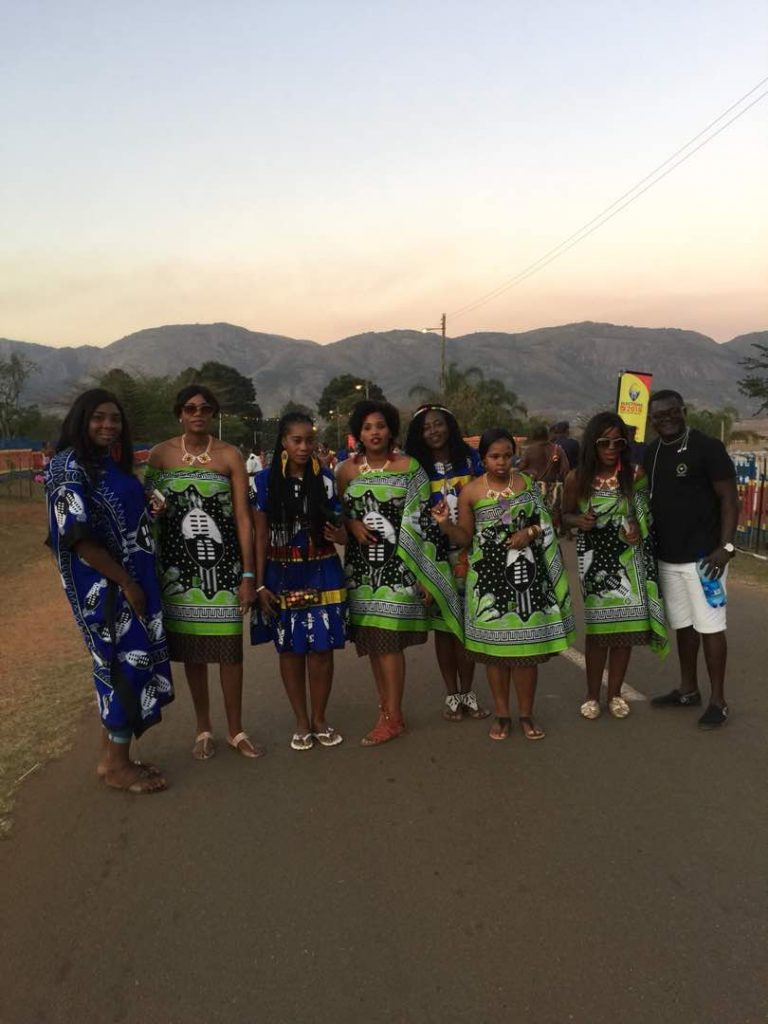 Ameyaw TV Special on Iconic Swazi Reed Dance[/caption] If you thought the “Dipo” rites was exclusive to Ghana only, then you have to think again because the Swazi from Swaziland have their own version called the “Umhlanga” or Reed Dance. “Umhlanga, or Reed Dance is an annual Swazi and Zulu event. In Swaziland, tens of thousands of unmarried and childless Swazi girls and women travel from the various chiefdoms to the Ludzidzini Royal Village to participate in the eight day event. Close to a hundred thousand maidens gathered and danced for the Queen mother at this years event. This cultural event is performed as a tribute to the royal family. It  is a virgins only event as only virgins are allowed to participate in this dance. The virgin maidens are put into age categories for the event. Before the dance, they are registered and put into groups, and rifts are cut to be presented to the Queen mother. After the rifts presentation, they are camped in the house for the final event. It is also believed that king Mswati, the King of Swazi uses this ceremony to select a new wife. Before the festival, there a group of people who scout for the new wife to be endorsed by the Queen mother. If the king likes the maiden that has been chosen for him, he asks for her consent and if she agrees, an announcement is made for the marriage ceremony to take place. However, King Mswati did not pick a wife this year. This year’s dance marked King Mwsati III’s 50th birthday and 50 years of Swaziland’s independence with the adoption of the name Eswatini, Swaziland. The dance included representatives from Prison wardens, police, South Africans, Zambia, Welders and children from different categories. The dance drew a lot of tourist attraction from various parts of the world including China, Ghana, South Africa, Mozambique, Tanzania, Britain and the United States of America. https://www.youtube.com/watch?v=MUAPl414QL]]>