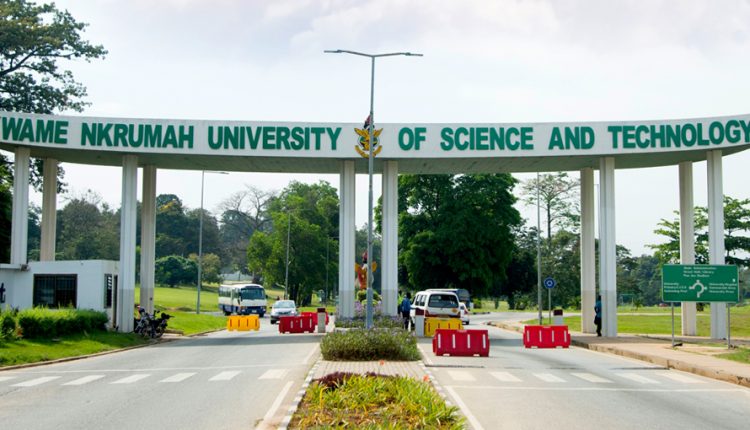 Six students of the Kwame Nkrumah University of Science and Technology (KNUST) have been remanded on Wednesday.

The suspects were accused of raping a first-year student.

The development comes after the suspects were arraigned at the Asokore Mampong District Court.

This is the second time a KNUST student has been charged with raping another student at the school.

The lawyer of the suspects, Richard Adu Darko in an interview with Accra-based TV3 after the hearing said that until proven guilty by the court or the suspects plead guilty, he believes his clients are innocent.

“Looking at the fact which have been presented to us, honestly we don’t see rape but that’s what they have been accused of and once someone is accused, the law says the person is innocent until proven guilty or the person pleads otherwise.

“So, now until they plead that they are guilty or a court of competent jurisdiction finds them guilty, they are innocent. At this material moment, this is a court of first instance and they have been brought here for purposes of remanding them into lawful custody,” he stressed.

According to him, he will go to the “appropriate forum” to get bail for the six students in order for them to take part in their end-of-semester exams.

Meanwhile, following today’s adjournment, a second hearing has been scheduled for Wednesday, August 17.

This is the second incident of this nature to have been recorded on the KNUST campus in the past three weeks.

Last month, a police officer stationed at Bomso and a KNUST student were arrested for allegedly gang-raping a first-year student of the school.

Joel Osei Owusu, a Level 400 Business Administration student, is alleged to have lured the victim into his room at Ultimate Hostel, formerly Evandy Hostel, and forcibly had sexual intercourse with her.

Nhyira FM’s police sources say the suspect, whilst in the act, recorded it with his cell phone.

Joel later invited his friend, whom the victim highly suspected to be a policeman at the Bomso Police Station, into the room.

General L/Cpl Frank Adu-Poku also, allegedly, forcibly had sex with the lady without her consent.

Two days later, the victim lodged a complaint with the KNUST District CID which commenced investigations into the matter.

The police, in collaboration with the office of the Dean of Students of KNUST, arrested suspect Joel Osei-Owusu at his hideout.

Upon interrogation, the suspect admitted to having had carnal knowledge of the complainant and mentioned General L/Cpl Frank Adu-Poku as his accomplice.

The Ghanaian singer and actress, Sister Derby has made her international film appearance in the yet-to-air Netflix original film, ‘RAINBOW’. END_OF_DOCUMENT_TOKEN_TO_BE_REPLACED

Ghanaian broadcaster, Kafui Dey is on a mission to combat illegal mining in Ghana and wants to use any means possible to bring the world’s attention to the problem. END_OF_DOCUMENT_TOKEN_TO_BE_REPLACED

Harvey Mason Jr, CEO of the Grammy Awards, has shared insights on the nomination process and how to win a GRAMMY with Ghanaian artists during a private dinner meeting. END_OF_DOCUMENT_TOKEN_TO_BE_REPLACED

Harvey Mason Jr., the Chief Executive Officer (CEO) of the Recording Academy, organizers of the Grammy Awards, has said there are some misunderstandings regarding the creation of an Afrobeats category in the Grammy Awards. END_OF_DOCUMENT_TOKEN_TO_BE_REPLACED

The Chief Executive Officer of Big Ideaz Consult, Kojo Poku has revealed that none of the artists who were billed to perform at the recently held Global Citizen Festival in Accra were paid a performance fee. END_OF_DOCUMENT_TOKEN_TO_BE_REPLACED

Ghanaian musician, Kirani Ayat has called out the Presidency for using some portions of his music video in an advertisement without his permission. END_OF_DOCUMENT_TOKEN_TO_BE_REPLACED