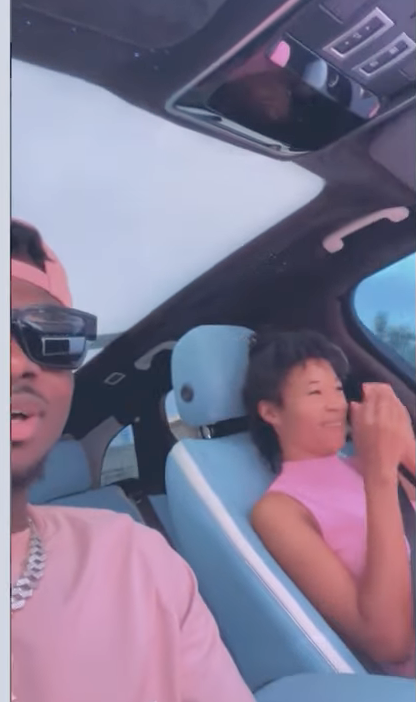 The Lynx Entertainment signee has been seen sharing adorable moments with Mary, who is said to be his house help.

In a recent video, Kuami Eugene and Mary were seen cruising around in a car while promoting his soon-to-be released “Rags to Riches” album.

Reacting to the video during the opening of the latest episode of the Delay show featuring King Promise, Delay stated;

“Anyone who knows me knows I’m a sucker for love. I can watch telenovelas and cry. I love love. When telenovela, ‘La SuperDora’ came out, I was hooked on it. So when I see the “La SuperDora” situation going on in Kuami Eugene’s house, between him and his house help Mary, I get very excited.”

Read also: I wrote one of the biggest songs in the world for a Nigerian artiste – Kuami Eugene

“Even if it hasn’t happened yet, we have a third eye and we can see it happening in the future. In the near future, if you hear Kuami Eugene and his house help and getting married, remember Delay said it here first.”

American musician,  Usher has taken a part of Ghana with him back to the United States of America. END_OF_DOCUMENT_TOKEN_TO_BE_REPLACED

Black Sherif is getting ready to release his debut album, and the tracklist has everyone excited. END_OF_DOCUMENT_TOKEN_TO_BE_REPLACED

The Ghana Police Service has mounted a search for a man who was caught on video flogging a baby under a tree. END_OF_DOCUMENT_TOKEN_TO_BE_REPLACED