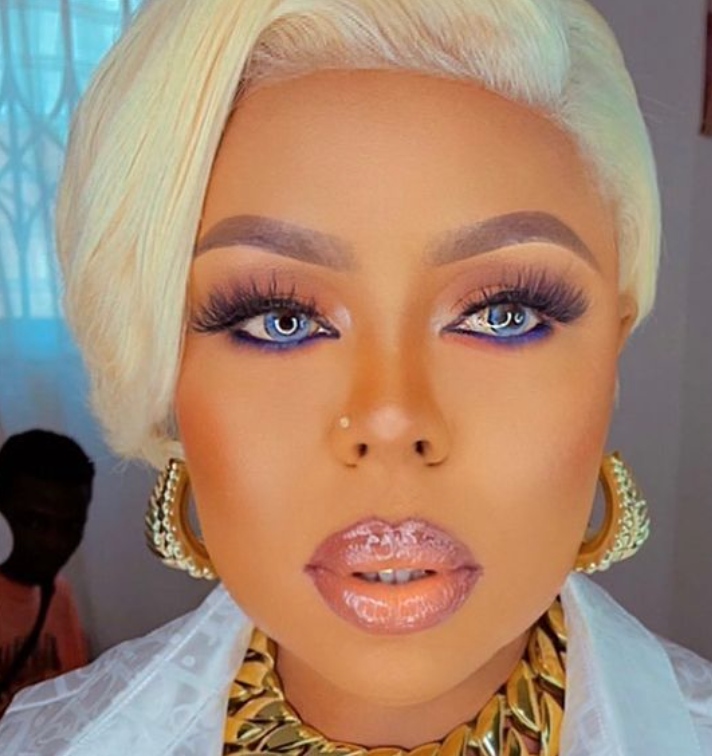 Afia Schwarzenegger has responded to Chairman Wontumi’s suit for defamation.

According to her, “any idiot can go to court.”

The Ashanti Regional Chairman for the New Patriotic Party sued Afia Schwarzenegger for GHC 2 Million for defaming him.

The suit is coming few days after Afia Schwarzenegger alleged in a video made public that she has had sexual relations with Chairman Wontumi.

Chairman Wontumi and he since, through his Lawyers, sued the mother of three for defamation.

In the writ addressed to Afia, Chairman Wontumi is asking for “damages of Two Million Ghana Cedis (GHC 2,000,000.00) for defaming the Plaintiff. Cost including legal fees.”

It also states that  “a perpetual injunction restraining the Defendant, her workers, servants, allies, agents, assigns or anybody claiming or taking instructions from her from further publishing any further defamatory material against the Plaintiff”.

“An order directed at the Defendant compelling her to cause to publish on her social media handles as well as all media houses and blogging sites in Ghana to render an unqualified apology to the Plaintiff and immediately retract the defamatory statement within three (3) days of judgment”.

Recap: Here’s what went down at Africa Rising Music Conference

Viola Davis makes a stunning transformation in the new trailer for ‘The Woman King’, in which she plays Nanisca, leader of the all-female warriors known as the Agojie. END_OF_DOCUMENT_TOKEN_TO_BE_REPLACED

African-American businessman and jet broker Kelvin Mensah, popularly known as PJKev has added his voice to the many people against the building of the National Cathedral. END_OF_DOCUMENT_TOKEN_TO_BE_REPLACED

Nigerian hip-hop artiste, Eedris Abdulkareem has disclosed that he is battling kidney failure and will have a surgical operation at the end of July. END_OF_DOCUMENT_TOKEN_TO_BE_REPLACED

According to reports from Nigeria, unidentified gunmen have attacked an ‘advance team’ of President Buhari’s presidential aides leading to injuries to two people. END_OF_DOCUMENT_TOKEN_TO_BE_REPLACED

Sensational highlife/afrobeat artist KiDi has said that his dream is to collaborate with Daddy Lumba on a song. END_OF_DOCUMENT_TOKEN_TO_BE_REPLACED