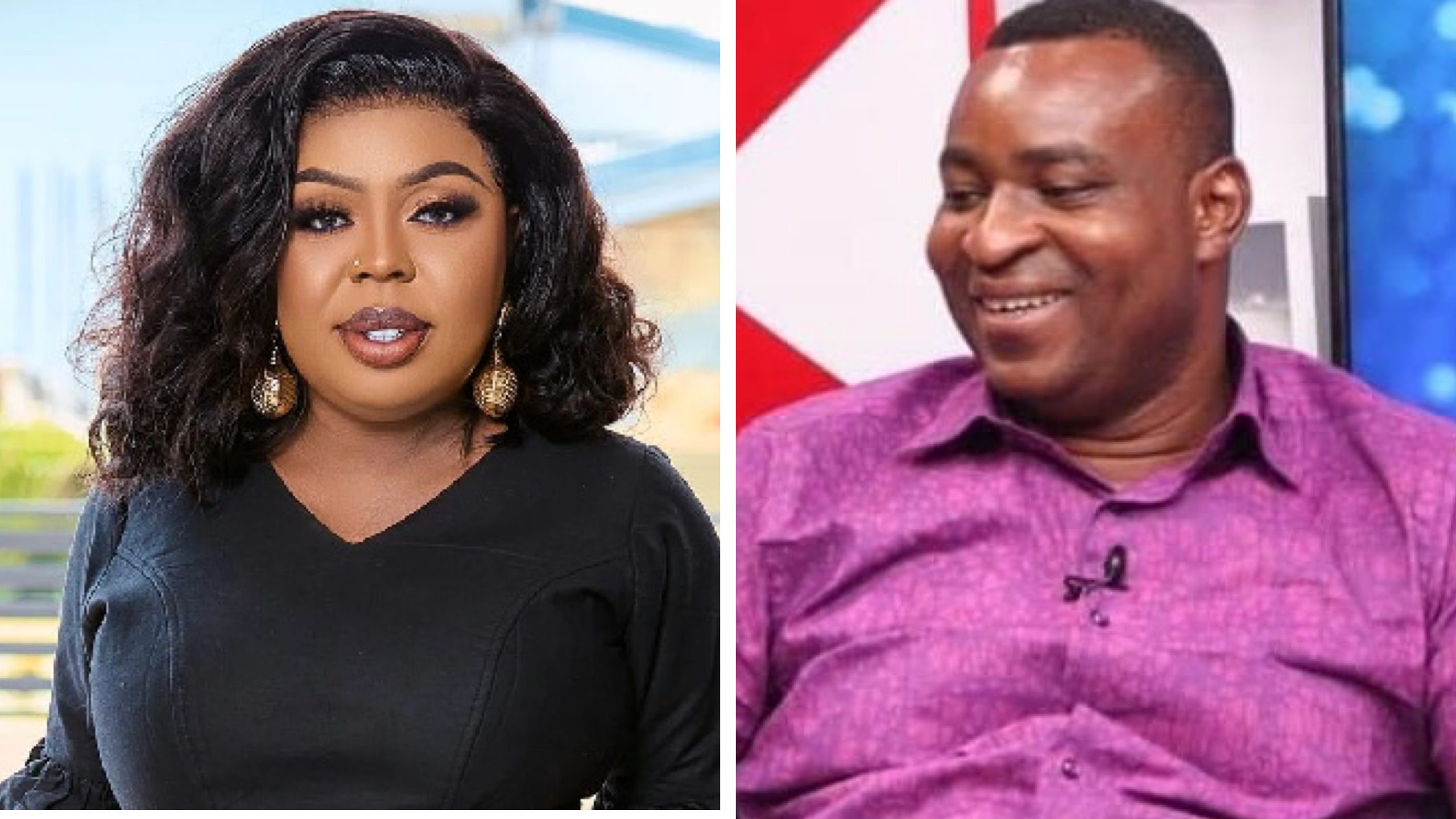 The Ashanti Regional Chairman for the New Patriotic Party, Chairman Wontumi has sued Afia Schwarzenegger for GHC 2 Million for defaming him.

The suit is coming few days after Afia Schwarzenegger alleged in a video made public that she has had sexual relations with Chairman Wontumi.

Chairman Wontumi and he since,  through his Lawyers, sued the mother of three for defamation.

In the writ addressed to Afia, Chairman Wontumi is asking for “damages of Two Million Ghana Cedis (GHC 2,000,000.00) for defaming the Plaintiff. Cost including legal fees.”

it also states that  “a perpetual injunction restraining the Defendant, her workers, servants, allies, agents, assigns or anybody claiming or taking instructions from her from further publishing any further defamatory material against the Plaintiff”.

“An order directed at the Defendant compelling her to cause to publish on her social media handles as well as all media houses and blogging sites in Ghana to render an unqualified apology to the Plaintiff and immediately retract the defamatory statement within three (3) days of judgment”. 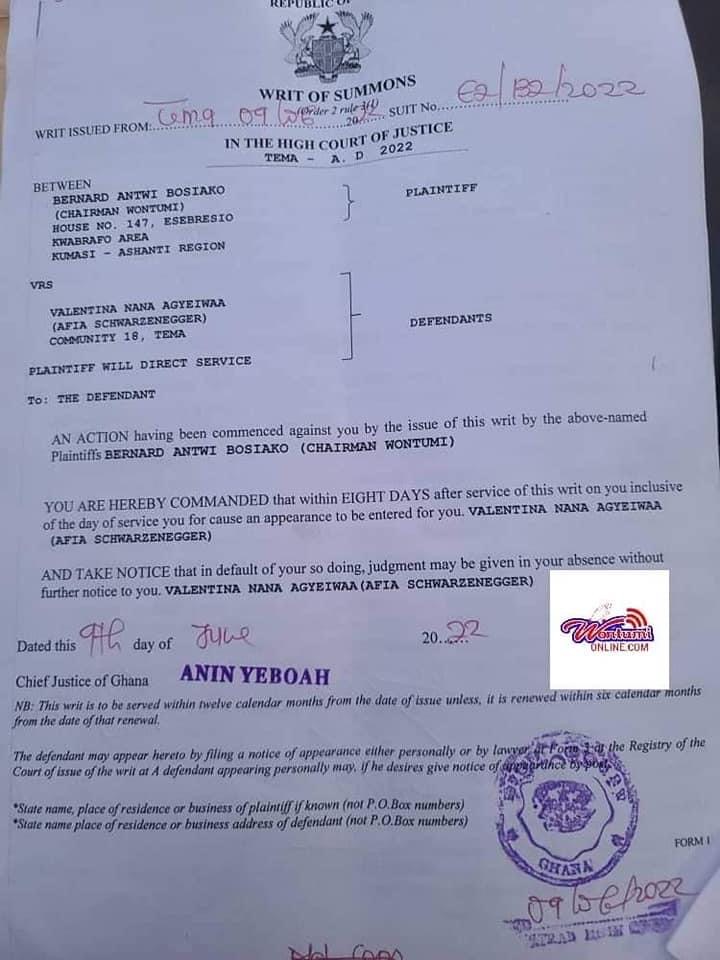 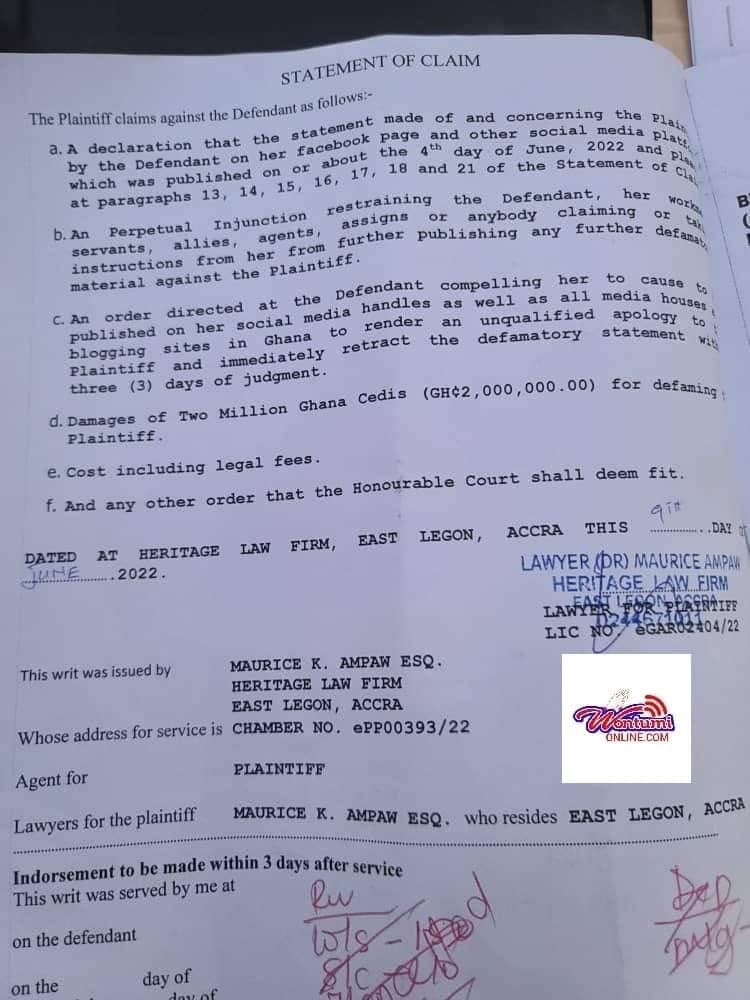 Bose Ogulu has told her son Burna Boy to “tone down the madness” as she celebrated his birthday. END_OF_DOCUMENT_TOKEN_TO_BE_REPLACED

The Hewale Lala (Song Of strength) hit maker Perez Musik gets ready to have his first-ever major concert. END_OF_DOCUMENT_TOKEN_TO_BE_REPLACED

Kofi Sonny, CEO of 610Music, a direct representative for Universal Music Group in Africa, unveiled two of his newly signed artistes to the world over the weekend. The event pulled in dignitaries from all over the globe to witness what many have dubbed “the birth of greatness.” END_OF_DOCUMENT_TOKEN_TO_BE_REPLACED

GuiltyBeatz is ringing in the summer! The Grammy-nominated Ghanaian producer and DJ is back with another dazzling solo effort – an Amapiano-infused dance anthem ‘Universe’ featuring Pop sensation, Mr Hudson and buzzing Ghanaian singer, Twitch 4EVA. END_OF_DOCUMENT_TOKEN_TO_BE_REPLACED