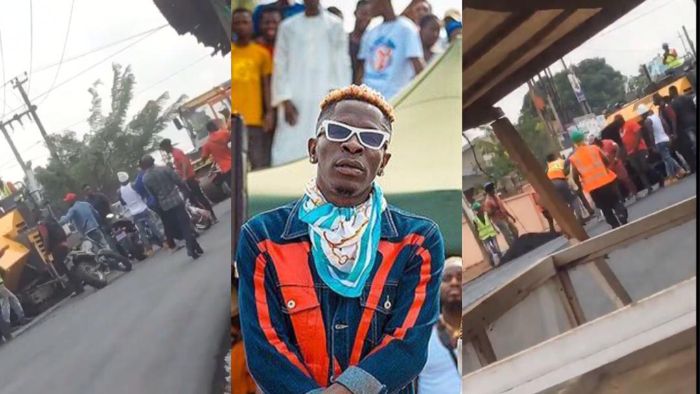 Kenneth Acquah, a project manager at Oswal Investment Limited, has demanded a public apology from Shatta Wale for ordering some thugs to attack him and other road construction workers.

According to him,  the dancehall artiste ganged up with some people believed to be Nima boys to attack them for preventing him from using a road, which was under construction.

Kenneth Acquah told a group of media personalities that on Tuesday morning that Shatta Wale was expected to report to the East Legon police station later in the to give his statement.

The Divisional Commander at the East Legon Police station, Mr Kwame Gyasi confirmed the case is under investigation. According to him, if Shatta fails to report to the police station as promised by his father Mr Charles Mensah Snr, he will be arrested.

Debunking earlier reports by some blogs that claimed Shatta Wale paid the constructors an amount of $4M to work on the road, Kenneth Acquah said the company (Oswal Investment Limited) has no dealings with the dancehall star.

According to him,  Oswal is a credible  Ghanaian-owned engineering and construction company that does quality works in collaboration with the Ministry of Road and Highways. it hardly deals with any individuals and has no agreements with anyone but the government of Ghana.