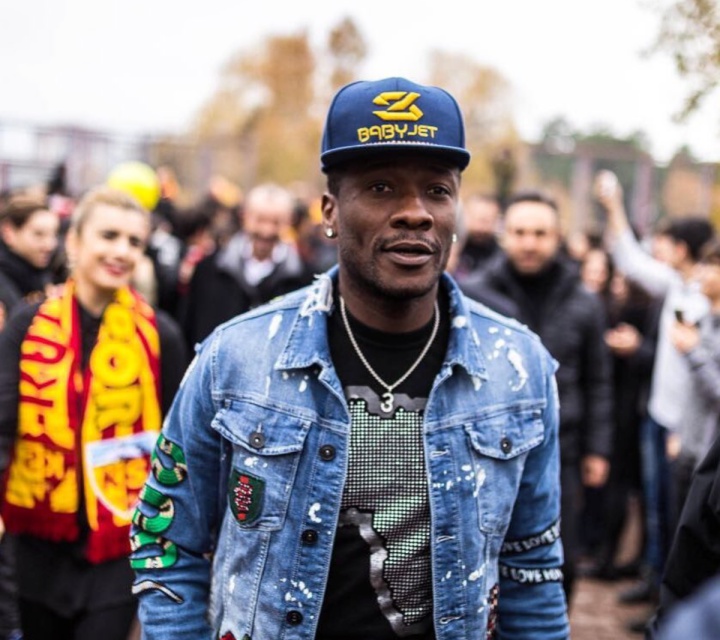 Asamoah Gyan, seems to be returning to music after a significant hiatus caused by the disappearance of creative partner and friend, Castro in July 2014. The soccer star and serial entrepreneur has always entertained a strong affection for music, dabbling with singing, and drumming, and even setting up the Asa band. And while the July 6  jet ski accident in the Ada Estuary proved significantly traumatic to him,  leaving him disenchanted by the thought of pursuing music without Castro by his side, it was only a matter of time before the desire was rekindled in him. After all, the spirit of music cannot be tamed for long. Instagram footage posted on the timelines of both Asamoah Gyan and dancehall singer Stonebwoy, suggest that new music is to be expected from them in coming days. Titled Dirty Enemies, the bubbly Afropop jam is expected to be widely -received once it is published. The footage shows Asamoah Gyan grooving to the joint (which he indicates is undergoing finishing touches) in the company of a number of friends.

]]>
Related Topics:Asamoah Gyan
Up Next

Did Naomi Campbell just welcome her first child at 50?