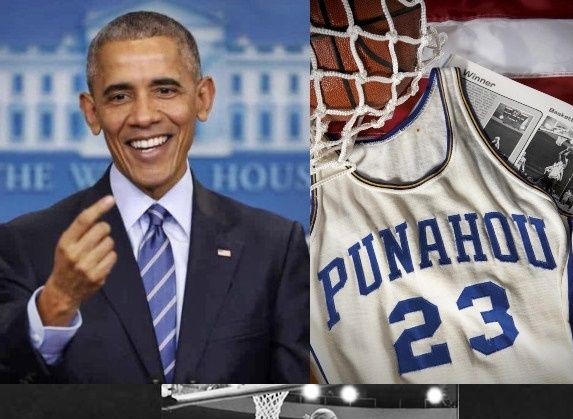 The Dallas auction house have sold a basketball jersey formerly owned by former US president Barack Obama for $120,000.

The number 23 basketball worn by an 18-year-old Obama during his years at Punahou high school in Hawaii as a Senior, was offered for auction by Peter Noble who was three years behind Obama at Punahou School.
“I took it because they were getting rid of it,” said Noble. “It meant nothing else, really.”

The jersey which was valued at $100,000 before the auction, was sold for $120,000 to a collector of American and sports artifacts after the auction house confirmed that the details on the shirt match the one the former US President who mostly sat on the bench during his Punahou basketball days, was photographed wearing.

Related Topics:barack obama
Up Next