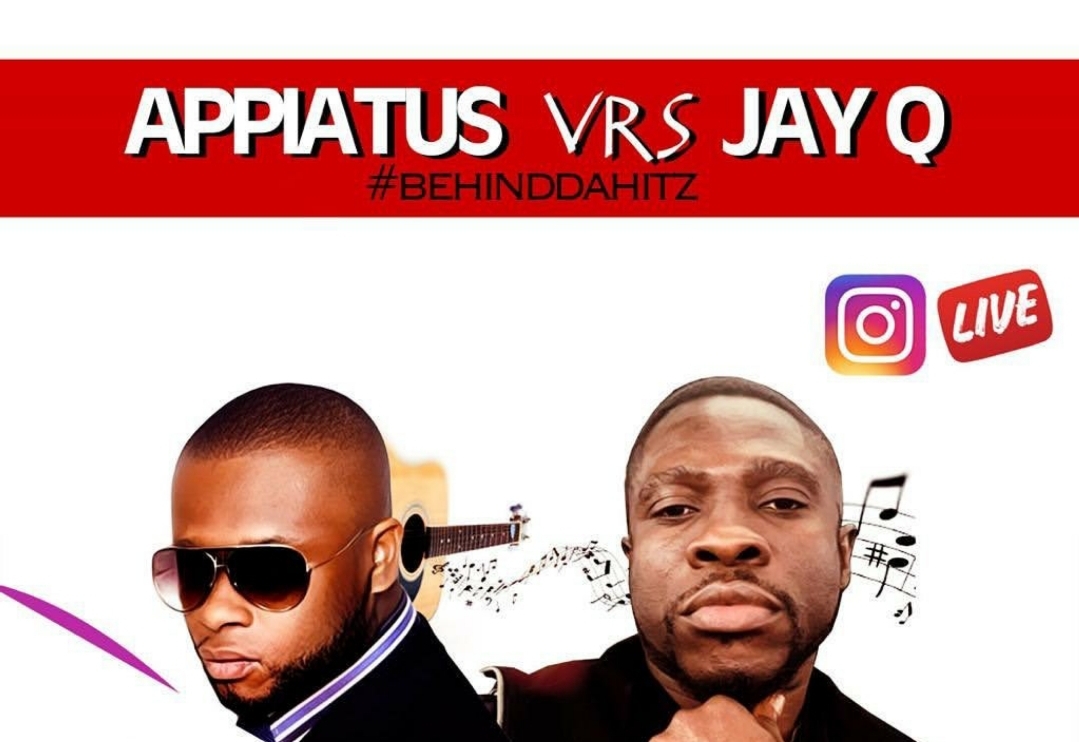 Everyone’s stuck at home, and everyone’s going live on Instagram for some fun. #BehindDaHitz battles is the new wave and who is winning?

Honestly, we’re already a little tired of the constant Instagram Live broadcasting that’s been going on during this coronavirus quarantine, but there has been one exception: battles between creatives.

After America’s Timbaland and Swizz Beatz kicked off the trend on March 24, they’ve instigated follow-ups, which have included more producer/creatives battles around the world.

Ghanaian legendary producers Jay Q and Appietus brought the heat on IG live in a showdown on Wednesday night. The battle which lasted for an hour had all your favourite Ghanaian musicians and celebrities in the comments jamming.

Twitter is still buzzing with excitement from the musical memory lane both producers took them on with many calling for more of such battles.

This initiative was great! It was entertaining and fun
Jay Q was superb and Appietus showed payin de payin 😅

Sarkodie should give us Hammer vs Appietus!!

For many, it was the first time seeing producer Jay Q who’s real name is Jeff Quaye.

These battles have already delivered memorable moments that managed to briefly distract us from the daily onslaught of bad news about the global COVID-19 pandemic we’ve been bombarded with lately.

Did you catch the Jay Q vs Appietus showdown? Who is your winner?

Watch the battle on Jay Q’s IG Live if you missed it.

Which creatives do you want to see battle it out next?