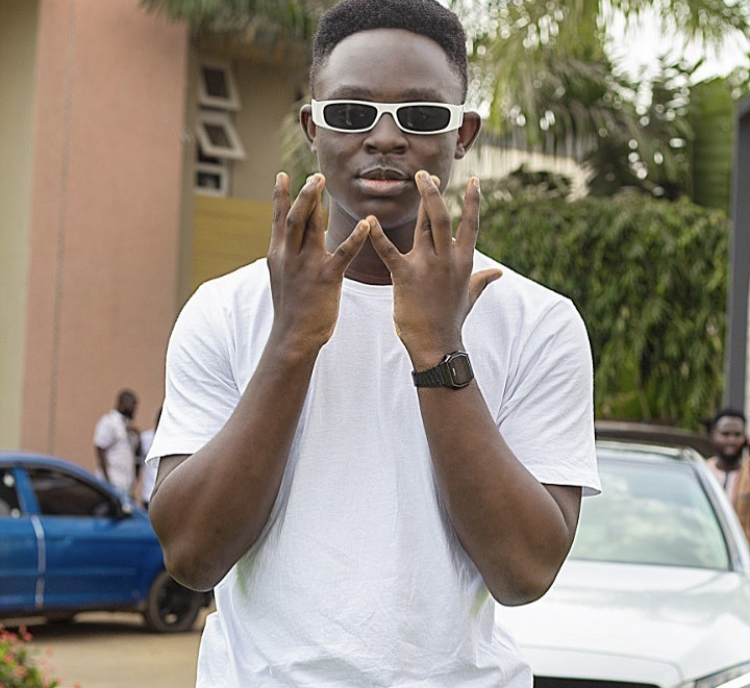 Rapper Tutulapato has revealed why he took a break from music.

The Tv3 ‘Talented kidz’ star told Sammy Kay in an interview that he had to put music on hold to focus on his education.

According to him, he’s now completed JHS and he’s ready to get back into making music.

On his upcoming projects, the rapper revealed he’s working on his debut album which will feature some top Ghanaian artists.

Tutulapato also disclosed that while some A-list Ghanaian acts accepted his request for a collaboration others including  Adina, Kofi Kinaata, KiDi, Bisa Kdei, Fameye, and others snubbed him.

#14thHeadies: All the red carpet looks and full list of winners

Some members of popular feminist group in Ghana, “Pepper Dem Ministries”, have called out ace-broadcaster Nana Aba Anamoah over recent comments she made about taking up traditional roles at home. END_OF_DOCUMENT_TOKEN_TO_BE_REPLACED

Aisha Modi has returned to social media by showing off her newly acquired body. END_OF_DOCUMENT_TOKEN_TO_BE_REPLACED

UK-based Ghanaian international singer and performer, Stephanie Benson has made a shocking revelation about her sexual life that has left fans agape. END_OF_DOCUMENT_TOKEN_TO_BE_REPLACED

Ghanaian actress and movie producer, Yvonne Nelson has opined that special treatment and incentives given to politicians should rather be enjoyed by teachers and doctors. END_OF_DOCUMENT_TOKEN_TO_BE_REPLACED

American rapper DaBaby, has shared his experience with officials at the Lagos airport. END_OF_DOCUMENT_TOKEN_TO_BE_REPLACED