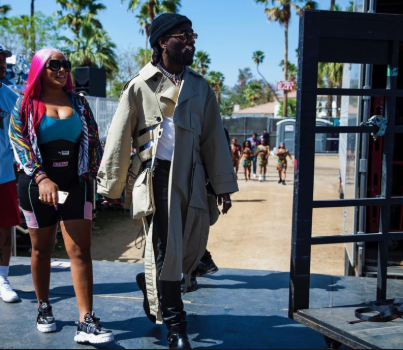 The ‘African Giant’ in a recent interview, on Hot 97 FM in the US revealed his plans to have babies with the ‘Hurtin me’ hitmaker.

According to Burna, his relationship with Stefflon Don isn’t a publicity stunt and it means so much to both of them.

“It’s not the business part of us, it’s our life. I’m trying to make it right because I don’t want to bring no kid into this life and everyone is disturbing the kid and looking or wondering what’s Steflon Don and Burna Boy’s kid doing. I want to raise a kid the way I was raised.”   said Burna Boy.

He added “It’s lovely (being with Stefflon Don) I don’t know how to explain it. It’s just that I try to now kind of like keep it between us. I don’t want to be putting our thing out there in front of everybody anymore. Like you’d be there and you can see it but I don’t want to put it out there for everyone”.

Speaking on his recent dominance in the music industry, The ‘Killin Dem’ hitmaker stated

“I don’t know how to explain this but it’s like God won’t give you more than you can handle. So, for me, I feel it’s all being like preparation, there’s never a right time, it’s only a divine time. I don’t know but it’s as if all the years have prepared me for all that is happening at the moment.

I fell if I had just come through and all these are happening, I won’t know how to navigate myself through things but now, it’s like learning so many things and growing so much and experiencing so much, you know good and bad, kind of prepared me for everything”.

Watch: There is nothing wrong with Medikal saying he saved Ghana’s rap – Sarkodie

Watch: The president of a country once asked me out – Juliet Ibrahim reveals

Highly talented vocalist Luta has announced his return to the music scene after a long hiatus as he prepares to relaunch his career with a new song.
END_OF_DOCUMENT_TOKEN_TO_BE_REPLACED

It looks like it’s a ‘year of homes’ for Ghanaian celebrities and the latest glimpse comes from the beautiful home is Broadcast Journalist Serwaa Amihere. END_OF_DOCUMENT_TOKEN_TO_BE_REPLACED

Ghanaian artist Amerado has announced the release of his debut career album titled God Is Never Asleep shortened as G.I.N.A. The announcement was made in the middle of his trending beef with fellow rapper LJ. END_OF_DOCUMENT_TOKEN_TO_BE_REPLACED

Global streaming giant Spotify is proud to announce that Sio has been selected to join the EQUAL Africa programme aimed at spotlighting female artists across the continent. END_OF_DOCUMENT_TOKEN_TO_BE_REPLACED