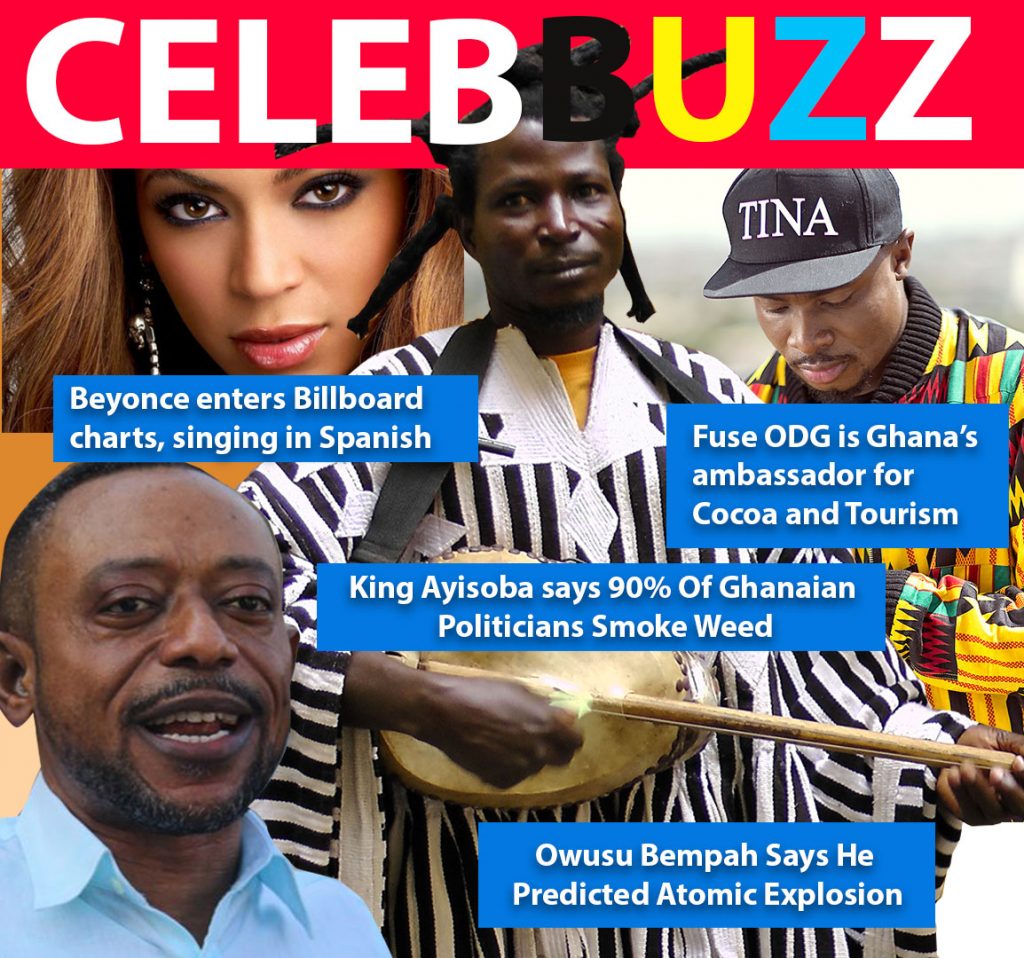 Ayisoba, speaking in an interview  said he smokes weed himself and see nothing wrong with it. According to him 90% of Ghana’s politicians who patronize weed.

Rev Isaac Owusu Bempah, founder and leader of the Glorious Word and Power Ministries, claims he saw an impending fire coming to hit Ghana in his December 31 2016 predictions for 2017.

She can probably sing in Twi or Yourba and still top the charts. Yes Beyonce jumped on the remix of J Balvin and Willy William’s “Mi Gente” and magic happened. The song hopped all the way up to the No. 3 spot on the Billboard Hot 100.

Ghana will not be represented at 2018 Oscars

Akosua Agyapong in court for conspiracy in defrauding a man of Gh105,000

General Manager of GhOne TV, Nana Aba Anamoah and Broadcaster, Serwaa Amihere have chided supporters of the New Patriotic Party (NPP) for defending the purported copy of a will of Kwadwo Owusu Afriyie, popularly known as Sir John. END_OF_DOCUMENT_TOKEN_TO_BE_REPLACED

Kourtney Kardashian and Travis Barker have got married – again. END_OF_DOCUMENT_TOKEN_TO_BE_REPLACED

Some celebrities have stood up for singer Feli Nuna following her altercation with A-Plus on United Showbiz on Saturday, May 21. END_OF_DOCUMENT_TOKEN_TO_BE_REPLACED

The Deputy Volta Regional Youth Organiser of the National Democratic Congress (NDC), Kwame Asiemoah Jr, has been named as one of the 32 young Ghanaians selected by the U.S. Department of State 2022 Mandela Washington Fellows. END_OF_DOCUMENT_TOKEN_TO_BE_REPLACED