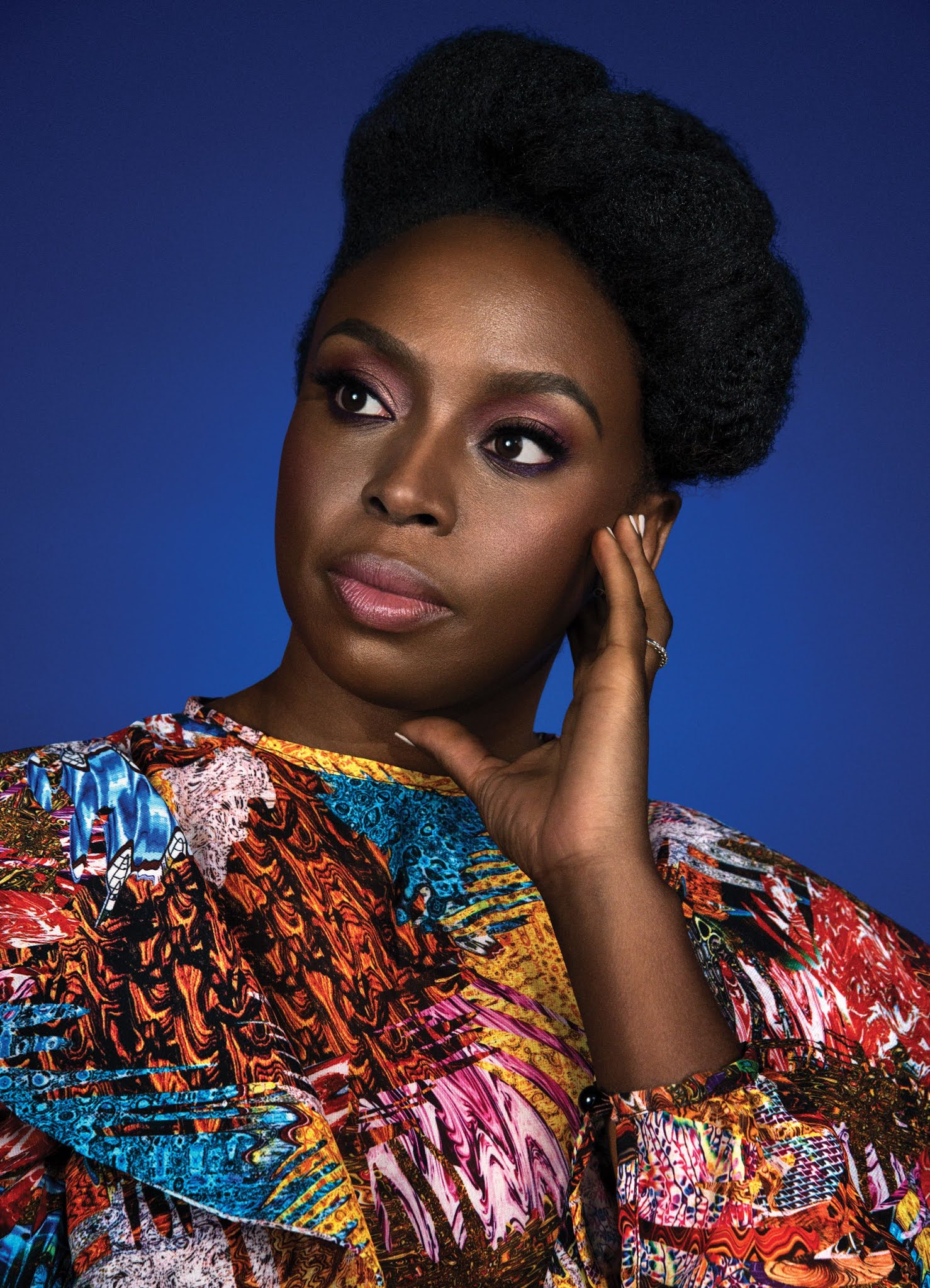 For years, the name SARS hung in the air here in Nigeria like a putrid fog. SARS, which stood for Special Anti-Robbery Squad, was supposed to be the elite Nigerian police unit dedicated to fighting crime, but it was really a moneymaking terror squad with no accountability. SARS was random, vicious, vilely extortionist. SARS officers would raid bars or stop buses on the road and arbitrarily arrest young men for such crimes as wearing their hair in dreadlocks, having tattoos, holding a nice phone or a laptop, driving a nice car. Then they would demand large amounts of money as “bail.”

SARS officers once arrested my cousin at a beer parlor because he arrived driving a Mercedes. They accused him of being an armed robber, ignored the work ID cards he showed them, took him to a station where they threatened to photograph him next to a gun and claim he was a robber, unless he paid them a large sum of money. My cousin is one of the fortunate few who could pay an amount large enough for SARS, and who was released. He is not one of the many tortured, or the many disappeared, like Chijioke Iloanya.

In 2012 Mr. Iloanya was 20 when SARS officers arrested him at a child dedication ceremony in Anambra State. He had committed no crime. His family tried to pay to have him released but were asked to bring more money than they had. So they sold their property to raise money and went back to the SARS office but Mr. Iloanya was no longer there. They have not seen him since. Photos of him on social media show a young man, still almost a child, with sensitive eyes and a future waiting for him. There are so many families like the Iloanyas who are caught between pain and hope, because their sons and brothers were arrested by SARS and they fear the worst, knowing the reputation of SARS, but still they dare to hope in the desperate way we humans do for those we love.

There have been End SARS protests, since 2016, but October 2020 was different, a tipping point had been reached. The protests signaled the overturning of convention — the protesters insisted on not having a central leadership, it was social rather than traditional media that documented the protests, and, in a country with firm class divisions, the protests cut across class. The protests were peaceful, insistently peaceful, consistently peaceful. They were organized mostly on social media by young Nigerians, born in the 1980s and 1990s, a disaffected generation with the courage to act. Their bravery is inspiring. They speak to hope and to the possibility of what Nigeria could become. Of those involved in the organization, none is more remarkable than a group called Feminist Coalition, set up by Nigerian feminists, who have raised MORE THAN $180,000 and have provided legal aid, security and food to protesters.

But the Nigerian government tried to disrupt their fund-raising. The Nigerian government has reportedly accused Flutterwave, the company through which the donation link was created, of accepting funds from terrorists, even though it is clear that Feminist Coalition’s members are not terrorists. Their fund-raising link suddenly stopped working. Still, they persisted, and began to raise money through Bitcoin.

From the capital city of Abuja to the small town of Ogbomosho, state agents attacked and beat up protesters. The police killed a few and detained many others, until social media and video evidence forced them to release some of the detained. Still, the protesters persisted.

The Lagos State government accused protesters of violence, but it defied common sense that a PROTEST so consistently committed to peaceful means would suddenly turn around and become violent. Protesters know they have everything to lose in a country like Nigeria where the mere hint of violence gives free reign to murderous security forces. Nigeria’s political culture is steeped in state-sponsored thuggery. Politicians routinely hire thugs to cause chaos, especially during elections, and many people believed that thugs had been hired to compromise the protests. On social media, videos that attested to this — of thugs getting into SUVs that belonged to the government, of hardened and hungry young men admitting they were paid to join the protests and become violent. Still, the protesters persisted.

At about noon on Oct. 20, 2020, about two weeks into the protests, the Lagos State governor suddenly announced a curfew that would begin at 4 p.m., which gave people in a famously traffic-clogged state only a few hours to get home and hunker down. I feared that a curfew would provide an excuse for state violence, that in the name of restoring order, the army and police would unleash violence. Still, I was unprepared for the carnage that followed at the Lekki Toll Gate, the most prominent in Lagos. Government officials reportedly cut the security cameras, then cut off the bright floodlights, leaving only a darkness heavy with foreboding. The protesters were holding Nigerian flags, sitting on the ground, some kneeling, some singing the national anthem, peaceful and determined. A blurry video of what happened next has gone viral — soldiers walk toward the protesters with a terrifyingly casual calm, the kind of calm you cannot have if you are under attack, and they shoot, not up in the air, which anyway would still be an atrocity when dealing with peaceful protesters, but with their guns at arm level, shooting into a crowd of people, shooting to kill. Sparks of gunfire taint the air. It is still unclear how many died. Those at the scene say that the Nigerian army took away some bodies, and prevented ambulances from getting in to help the injured, and that there was still shooting going on hours later, in the morning.

The Nigerian state has turned on its people. The only reason to shoot into a crowd of peaceful citizens is to terrorize: to kill some and make the others back down. It is a colossal and unforgivable crime. The brazenness is chilling, that the state would murder its citizens, in such an obviously premeditated way, as though certain of the lack of consequences.

It is anarchy, a friend told me. Nigeria is descending into chaos, another friend said. They may be right, but “anarchy” and “chaos” are different ways of using language to shield what is fundamentally to blame — a failure of leadership. It did not have to be like this. The government of President Muhammadu Buhari has long been ineffectual, with a kind of willful indifference. Under his leadership, insecurity has worsened; there is the sense that Nigeria could very well burn to the ground while the president remains malevolently aloof. The president himself has often telegraphed a contemptuous self-righteousness, as though engaging fully with Nigerians is beneath him. Twelve hours after soldiers shot peaceful protesters, Mr. Buhari still had not addressed the nation.

A movement cannot spread so organically and widely across Nigeria if it does not legitimately reflect the grievances of ordinary people. A democratically elected government that is unable or unwilling to fully address those grievances has failed.

In the first week of the protests, the president sent out a tweet and then gave a flaccid speech about ending SARS. The inspector general of police has announced that SARS has been scrapped, but the government has announced the dissolution of SARS a few times in the past, starting in 2017. Because Nigerians are so accustomed to the two-faced nature of their governments, to promises destroyed even before being made, it is unsurprising that the protesters distrust the government and are demanding clear actions rather than words.

For weeks I have been in my ancestral hometown, where we first buried my beloved father, and then a week later, buried his only sister, my Aunt Rebecca. Immersed in my own raw grief, the frequent moments of stunned sorrow, thinking of my father’s casket being lowered into the rain-softened earth, wondering if it might still all be a bad dream, I think with a new kind of poignancy about those who have been killed. I think of their families brutally plunged into the terrible abyss of grief, made more terrible by the knowledge that their loved ones were killed by their country. And for what? Because they peacefully asked to be allowed to live.

Chimamanda Ngozi Adichie is world renowned writer. Her most recent book, Dear Ijeawele, or a Feminist Manifesto in Fifteen Suggestions, was published in March 2017. Her 2009 TED talk, The Danger of A Single Story is one of the most viewed TED Talks of all time. Her 2012 TEDx Euston talk, We Should All Be Feminists started a global conversation about feminism, is now a book and was sampled by Beyoncé.

She was named one of TIME Magazine’s 100 Most Influential People in the World in 2015. In 2017, Fortune Magazine named her one of the World’s 50 Greatest Leaders. She is a member of both the American Academy of Arts and Letters and the American Academy of Arts and Sciences. Her latest short story, Zikora is expected to be published on 27th of October, 2020 as part of Amazon Original Stories.

Related Topics:Chimamanda Ngozi Adichie
Up Next