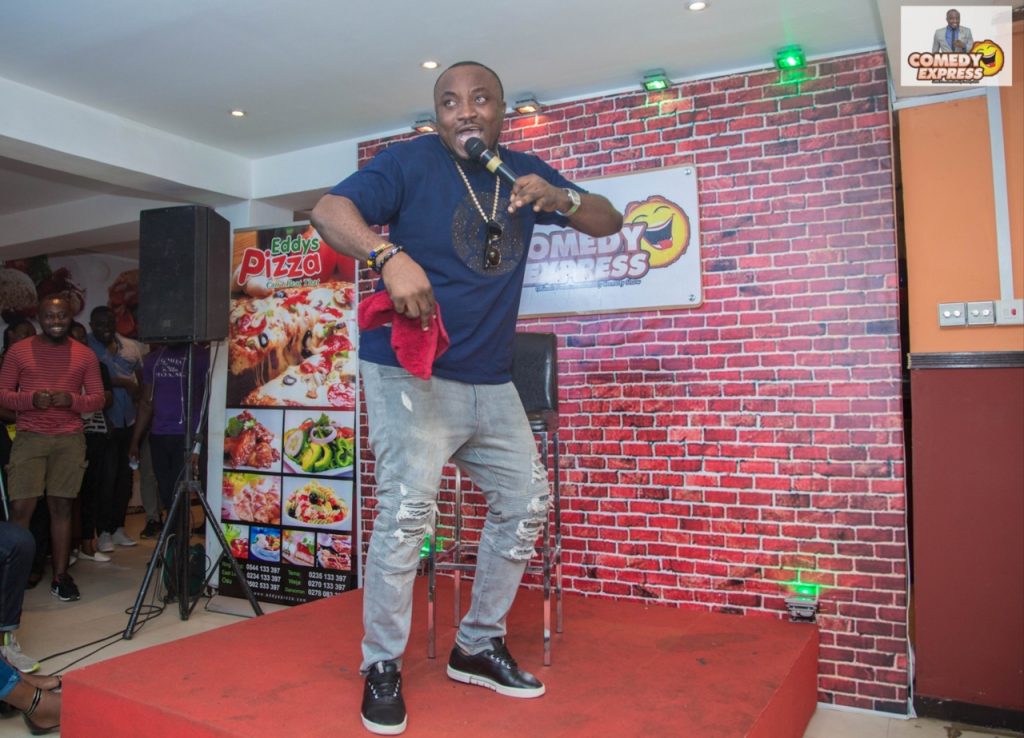 It was a night of great laughs and unending joy, as Ecstacy entertainment’s event, Comedy Express took place over the weekend at Eddy’s Pizza Osu branch. Ghana’s ‘King of Comedy’, last Friday July 6, 2018, hosted audience to a thrilling night of laughs and amazing giveaways with a very exciting comedy event from DJ sparkling and Huawei. The show, which is now televised on Joy prime every Thursday 7:30pm saw a mammoth crowd trooping in to the venue for a night which would go down as the most memorable nights they’ve enjoyed yet. Every act billed to perform gave a stellar performance which has left a scar on the ribs of everyone who was in attendance. In attendance were people from all walks of life; bankers, media persons, insurers etc. Big names in the comedy scene now such as Comedian Khemikal, Lekzy DeComic, and Teekay gave an excellent performance. With their supporting acts, Comedian Waris, MJ the Comedian, David Crypto, Sportoo, Alowess and shaukiyatu also showing class and making names for themselves. DKB’s performance was the icing on the cake for the night and it was just the climax everyone needed to crown their stunning night with jokes on Anas, Nyantakyi, Shatta wale etc. and audience were treated to some exclusive music performance from highlife prodigy Sitso and rapper Don itchi. Comedy Express is your premium monthly comedy show that happens every 1stFriday of the month. The next edition is set to happen on 3rdAugust, discount ticket line is 0571241341. Comedy express also airs every Thursday at 7:30pm on Joy Prime TV and you can watch every episode on YouTube by subscribing to the channel “Comedy Express Ghana”.     Source: Fenuku Augustine]]>

Related Topics:comedy express
Up Next