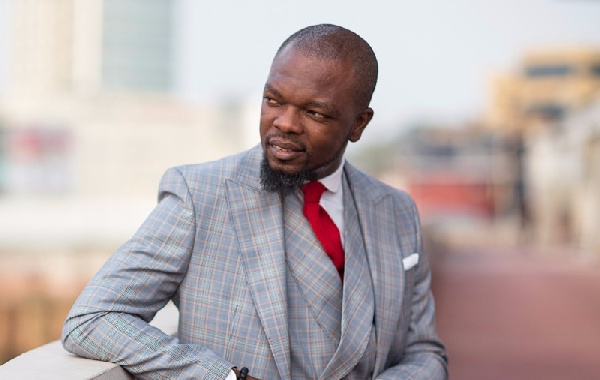 DJ Switch was crowned the overall best DJ of the Year at the recently held Ghana DJ Awards at the Accra International Conference Centre (AICC).

KOD in an interview on Neat FM, monitored by Adomonline.com, stated that the young DJ deserved an honorary award that highlights her achievements.

According to him,  that would put her at her own pace but still have eyes looking out for what she has to offer in the future.

Although DJ Switch has graced many international platforms, she deserved “something like the Black Star award or Future award but not “pushing her too much by giving her ‘DJ of the Year’”.

He, however, said the 12-year-old DJ shouldn’t feel pampered but rather work hard to sustain her legacy and brand.

The organisers of the Ghana DJ Awards have been facing criticisms after they awarded DJ Switch, born Erica Tandoh, the Best DJ of the Year.

Many Ghanaians have described her win shocking, explaining that she still had a lot to learn before she could be put in that category with the other DJs.

Others said DJ Switch was not only young but she was not doing disc jockeying as a job like the others in the category.

The young DJ however, is pleading with other DJ’s not to be angry about her win.

In an interview on the Cosmopolitan Mix, Tuesday, she explained that “this is not a competition and no one is a loser. I feel that this is an honour, and I am grateful for that.” she said.

Trigmatic says he regrets his choice of stage name

Ghanaian rapper, Okyeame Kwame has opined that the new crop of rappers in the industry are far “better” than him and others who have been in the game for two decades. END_OF_DOCUMENT_TOKEN_TO_BE_REPLACED

Ghanaian rapper, Sarkodie may be gearing up to speak against the governance of the nation by the ruling New Patriotic Party (NPP). END_OF_DOCUMENT_TOKEN_TO_BE_REPLACED

Ghana’s social media has been buzzing after a video showing a young  Ghanaian in police escort to go and buy a burger went viral! END_OF_DOCUMENT_TOKEN_TO_BE_REPLACED

Broadcast Journalist at Metro TV, Bridget Otoo has come after employers who fail to pay their workers, yet live lavishly. END_OF_DOCUMENT_TOKEN_TO_BE_REPLACED