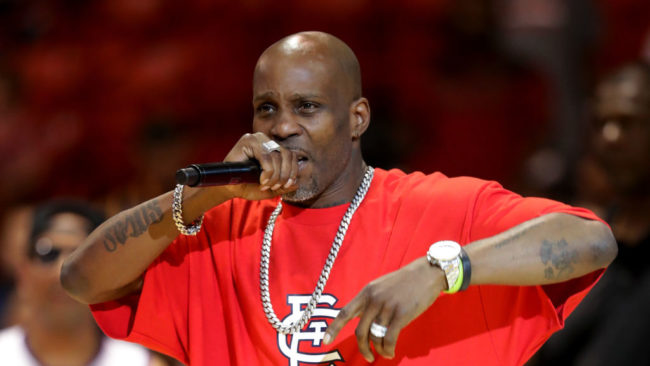 DMX is going back to where it all started!
The Ruff Ryders icon has signed a new deal with Def Jam Records, according to XXL.

DMX released his 1998 debut It’s Dark and Hell Is Hot on the legendary label and became one of Def Jam’s top-selling artists throughout the late 1990s and early 2000s. He released five albums on the label, including 1998’s Flesh of my flesh Blood of My Blood and 1999’s … And Then There Was X. His last album for the label was 2003’s Grand Champ.

Swizz beats confirmed the signing during a recent interview with “The Breakfast Club” “Just re-signed so it’s gonna be a good year for him, God willing,” he said. “I just want it to happen so he can go to where he been supposed to have went.”

DMX Is Out of Prison

The super-producer has been in the studio with DMX working on a new album, his first since 2012’s Undisputed. X himself confirmed that new music is on the way, writing, “New music soon …”

He recently teamed up with Swizz and Rick Ross to shoot a video for “Just in case,” the theme song for Forest Whistaker’s Godfather of Harlem crime drama series.

In January, the Yonkers rapper was released from a West Virginia prison after completing a one-year sentence for tax evasion. Following his homecoming, he hit the road on a 32-date U.S. tour in celebration of the 20th anniversary of It’s Dark and Hell Is Hot. He has performed at festivals including Rolling Loud Miami and even popped up during Kanye West’s Sunday Service at Coachella in April.