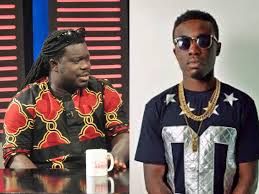 The former President of the Musicians Union of Ghana (MUSIGA), Bice Osei Kuffour, launched his political career and campaign a few weeks after leaving office. He made an official announcement to contest for the Asante Akyem South parliamentary primary on the ticket of the New Patriotic Party (NPP) in January 2020.

Criss Waddle reacting to the photos of Obour’s campaign wrote:

“Pls don’t VOTE for this Guy,he’s a waste of time and a selfish person 🙌🏾🙌🏾🙌🏾 stomach Politician.”

Pls don’t VOTE for this Guy,he’s a waste of time and a selfish person 🙌🏾🙌🏾🙌🏾 stomach Politician pic.twitter.com/JVtZXEGnBv

“Until he accounts for his time at Musiga and how the finances of Musiga were managed and benefited the ‘Musicians of Ghana’ positively, I agree with u 100% percent !!! Very disappointed in how his administration steered the affairs of Of Music Body. Selfish Greedy Unaccountable “

Ghanaian Pizza brand, Pizza Inn has opened a new branch in East-Legon and has FREE pizza pies and more to share this christmas season. END_OF_DOCUMENT_TOKEN_TO_BE_REPLACED

Dancehall act, Stonebwoy has hinted that his legal team is taking serious action against his former signee Kelvynboy for comments he made after he was attacked in Ashiaman recently. END_OF_DOCUMENT_TOKEN_TO_BE_REPLACED

Internet sensation and “King of Gh Rap”, AY Poyoyo has caught the international audience with his unique style of music. END_OF_DOCUMENT_TOKEN_TO_BE_REPLACED

Canadian singer, Justin Bieber has reacted to the sexual assault allegation made against him by a Twitter user identified simply as “Danielle” with evidence. END_OF_DOCUMENT_TOKEN_TO_BE_REPLACED