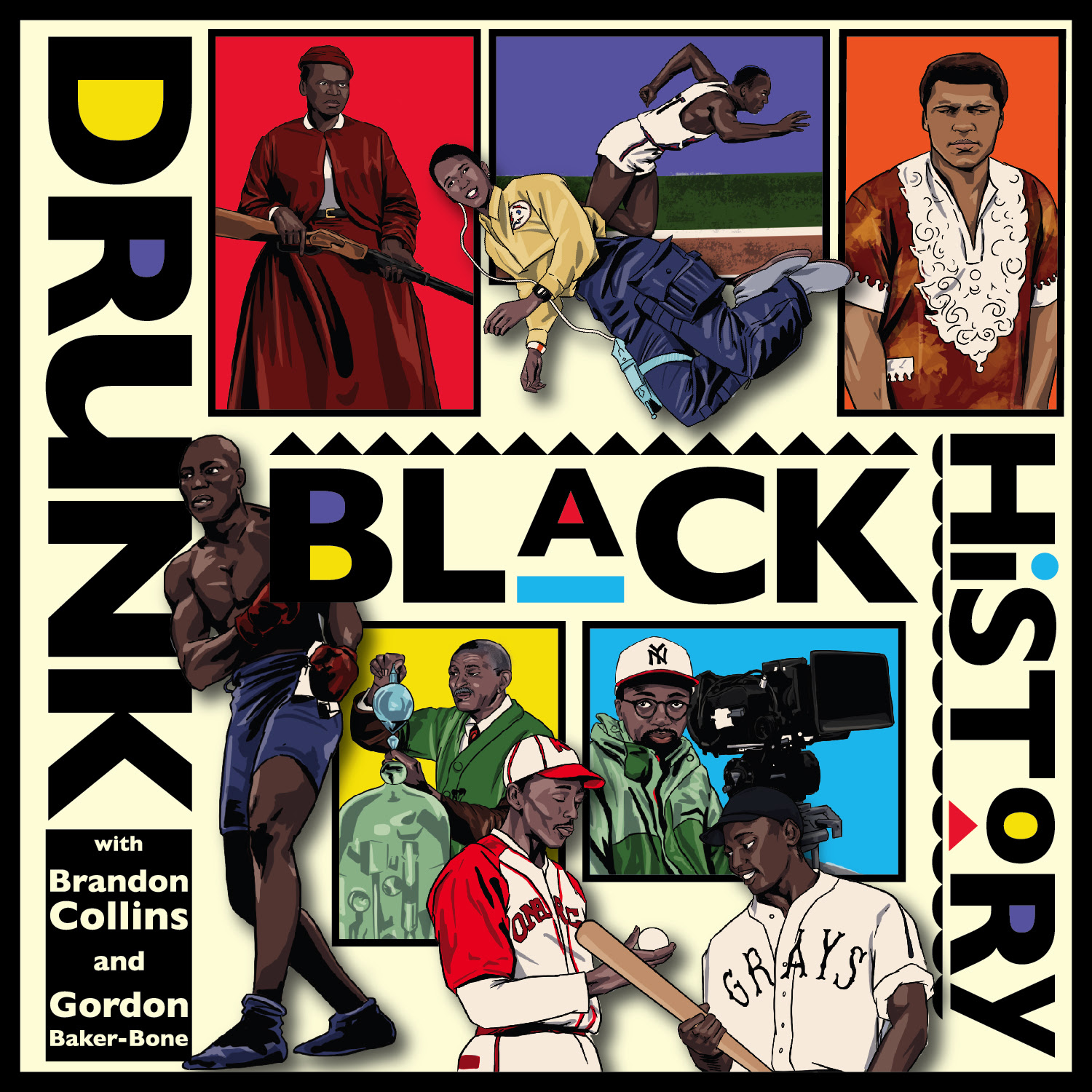 art by Jeffrey Taylor
Just in time for Juneteenth, Drunk Black History is back live, in-person and streaming at The Bell House! Comedians Brandon Collins (Medium Popcorn) and Gordon Baker-Bone (Bad Advice Show) host The New York Times heralded, interactive show where Black historical figures will finally get their due through drunken anecdotes from a slate of celebrated black comics. Previous guests have included Aminah Imani (Apollo Theatre), Derek Gaines (The King of Staten Island), Abbi Crutchfield (Hulu’s Up Early Tonight), Jordan Temple (FX’s Atlanta), Gastor Alimonte (The War Report) and Joyelle Johnson (HBO’s Crashing). This show is destined to be educational and absolutely bonkers!
Line up TBA.
Brandon Collins
Unfiltered, uninhibited, and always authentic, Brandon Collins is both a versatile stand-up  veteran of MTV, VH1, and CollegeHumor, and the raucous co-host of celebrated film podcast Medium Popcorn.
As producer and co-host of the long-running Comedy Outliers, Collins helped build the  acclaimed monthly from inception to critical favorite in publications like The New York Times,  Huffington Post, A.M. New York, and Time Out. Beginning in February 2019 his production acumen on the tongue-in cheek Drunk Black History continued a streak of media coverage in The New York Times, Thrillist, and Time Out. He is also an active member of the African American Film Critics  Association (AAFCA).
Gordon Baker-Bone
GORDON BAKER-BONE is not a stage name, it’s his real name, but it’s also a name you won’t soon want to forget. This NJ native has been performing around the New York/New Jersey tri-state area for the past couple of years and is poised to become a top comedian of his generation. While Baker-Bone performs regularly around the country, his comedy can be described as clever and witty that connects with people on all levels.
Related Topics:Drunk Black History
Up Next