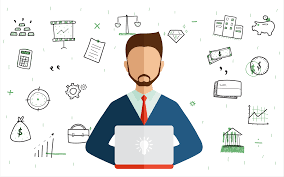 Entrepreneurship and Empowerment in South Africa is a lifelong experience. Students are more and more motivated to be included in a circle of entrepreneurship and they are helping them with new ideas and modern ways of thinking. This all is happening in the townships around beautiful Cape Town, South Africa. There are different programs that are opening in order to level up the work ethic, emotional maturity, and imaginative problem-solving abilities to make ideas transformed into reality.

As President Cyril Ramaphosa offered the “New Economy” entrepreneurship needs to expand even more. Global entrepreneurship monitor thinks that entrepreneurship is a key part of the problem-solving process in the financial situation in Africa. They are promoting women’s empowerment and implementing business solutions to the world which would change the overview of the global economic climate.

Entrepreneurship has no boundaries of location, class, or race, so the consumers and governments are thinking about delivering new ideas for every field that has some growth potential in Africa’s continent. This will shape the South African future and will make some opportunities for those who are striving to do more and be more. The government is trying to inspire the level of confidence in the business, where everyone will feel comfortable to be joined. This will encourage young entrepreneurs to start something innovative and make the rest of the nation proud of themselves.  Many organizations are already trying to make things happen for students and they are doing a phenomenal job in profiting and encouraging new ideas and start-ups. President also mentioned that Entrepreneurship is a key to revive the economy and in fact, this is the only way of doing that.

Entrepreneurship as a subject at South African schools

South Africa gained R1.2 trillion in investment during the last five years. President was trying all the time to make Africans extra motivated in embracing the keys of entrepreneurship. He also added that the governments are planning to transform the paradigm of entrepreneurship and generating a job opportunity for job seekers. The government is also trying to improve the access to international information and make people aware of new ways of working and living. Different times are asking for different approaches. The kids need to know what the future may bring for them because that is how they will be living in the future.

More and more young people are trying to make things happen by themselves even from their homes, that is why they are aspiring to work in financial fields. There are even Foreign exchange traders who are in a list of Africa’s youngest Forex self-made millionaires. Their stories are beyond interesting and catching because they literally started from nothing and now they have everything. The African trading market has gained second place in the global financial market with its daily average value of tradings. The world has become more accessible so Africans are definitely moving forward for the global village. The internet and mobile phones played a tremendous part in it.

Trading was and is helping young people to have their own income while doing that with studying and working. Many young traders who were successful in the trading industry, has now created their own FX companies. That is why now the newest South African forex brokers are owned by those who already mastered their skills in trading. For example, Sandile Shezi has created his own learning platform for those who are trying to get educated in trading. Most of the people strive to become millionaires, yet at the age of twenty-three, Sandile Shezi managed to become the youngest millionaire in South Africa. This young boy started with selling the muffins in order to collect money for trading. He knew that the trading contained some risk so at first, he started with educating himself passionately. Now his net worth is approximately $2.4 million dollars.

People are starting with homegrown businesses and no income and are reaching for the highest levels of achievement with passion and hard work. The ability to adapt to changing times and the environment is the major key to success factors in any field. But there are people, who are doing more than – everything. They are always moving forward and never giving up on their dreams. Instead of just adapting to changes, they are bringing their kind of changes. This is a True soul of entrepreneurship – the character of a warrior. And these people are taking their ideas and businesses in the global market with a proud heart.

Of course, there will be times when you will want to stop everything, but pursuing your dreams comes along with many benefits, including – Happiness, wealth, good quality of life and etc.

Befriend the failure, because it can give you more benefits than you think. Most people are giving up because of their insecurities. Little do they know that we all are enough for making our dreams come true.

Many famous and successful people started from failure and achieved everything in life. One of the greatest examples of this is Abraham Lincoln who failed not only in war but in business, as a lawyer and as a politician at first. But he never stopped trying and that led him to the path of success. He pushed every bad thought out of his head and he became the president of the United States. Also, a fun fact is that Thomas Edison was called stupid when he was trying to make a lightbulb and failed almost 1000 times. But guess what? He made it.

Michael Jordan said that he missed more than 900 shots in his career. Failed 300 games. 26 times he was trusted to win the game and he missed it. He was failing over and over again in his life and that did not make him stop. In fact, that is why he succeeded. In school, he was the one who was cut from the basketball team. Great things happen when you do what you love and never give up on it.

If we can learn something from these successful stories then it would be the dedication and passion of making the dreams come true and simply not stopping because of the fear of failure.