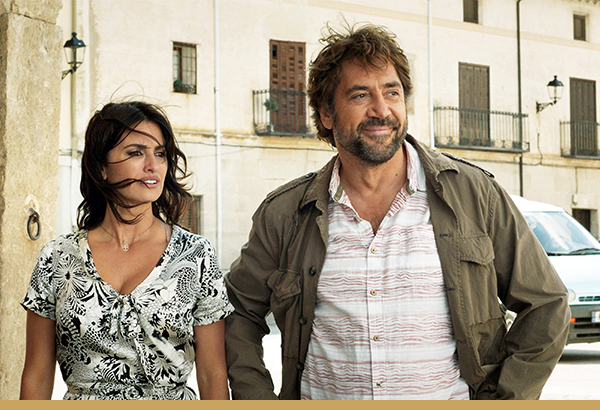 This year’s forthcoming Festival de Cannes will open with a screening of Asghar Farhadi’s new film Everybody Knows (Todos Lo Saben) in Competition at the Grand Théâtre Lumière in the Palais des Festivals on Tuesday 8 May. Asghar Farhadi’s 8th feature film, shot entirely in Spanish on the Iberian Peninsula, charts the story of Laura, who lives with her husband and children in Buenos Aires. When they return together to her native village in Spain for a family celebration, an unexpected event changes the course of their lives. The family, its ties and the moral choices imposed on them lie, as in every one of Farhadis scripts, at the heart of the plot. The last time the Opening Film was neither in English nor in French was for Pedro Almodóvar’s Bad Education in 2004. This psychological thriller stars Penélope Cruz and Javier Bardem from Spain and Ricardo Darín from Argentina. As usual, Asghar Farhadi also surrounds himself with a first-class team: José Luis Alcaine on photography (a regular collaborator of Pedro Almodóvar, Carlos Saura and Bigas Luna), the costume designer Sonia Grande (Midnight in Paris by Woody Allen, The Others by Alejandro Amenábar), and Iranian editor Hayedeh Safiyari, continuing a long and fruitful collaboration with the director after working together on four of his feature films, including his two Oscar-winning films. Over the past decade, Asghar Farhadi has quickly established himself as one of Iran’s most influential and internationally recognised filmmakers, both for his tense and carefully crafted scripts and for the virtuosity of his realism in directing. At the Berlinale, A Separation (2011) garnered the Golden Bear, as well as the Golden Globe, César and Oscar for Best Foreign Film. Farhadi then entered the Official Selection at Cannes with The Past (2013, Best Actress for Bérénice Bejo) and The Salesman (2016, Best Screenplay and Best Actor for Shahab Hosseini), which also won an Oscar for Best Foreign Film. The Opening Ceremony to be held on May, 8th, will be broadcast free-to-air by Canal +, as well as in partner cinemas and followed by the preview screening of Everybody Knows in selected theatres in France. Everybody Knows is produced by Memento Films Production (Alexandre Mallet-Guy) and Morena Films (Álvaro Longoria). The international sales are handled by Memento Films International and the French distribution by Memento Films. It will be released on Wednesday, May 9, in French cinemas. The 71st Festival de Cannes will be held from Tuesday 8 to Saturday 19 May. The Competition Jury will be chaired by Cate Blanchett. The composition of the Official Selection will be announced on Thursday, April 12 and will be published live on our social media sites. Stay tuned! https://youtu.be/ls8Y0FbHRuo]]>

Benicio Del Toro, President of the Un Certain Regard Jury for Cannes 2018

Cheryl, 61, and Quran McCain, 24, who became TikTok sensations by sharing details about their relationship with more than 2.3 million followers on just one account (@Kingqurannewpage), have revealed they are willing to spend up to £120,000 on a surrogate to have a baby together. END_OF_DOCUMENT_TOKEN_TO_BE_REPLACED

The BBC has received six complaints against disgraced DJ Tim Westwood over alleged bullying and sexual misconduct, including a historical one that was referred to the police, despite previously insisting it was unaware of any concerns about the DJ’s behaviour. END_OF_DOCUMENT_TOKEN_TO_BE_REPLACED

Amber Heard’s legal teams filed an official motion in court on Friday that the verdict in her blockbuster case against Johnny Depp is thrown out. END_OF_DOCUMENT_TOKEN_TO_BE_REPLACED

US clergyman, Creflo Dollar, has denounced his position on tithing. For many years, Creflo had preached on the importance of Tithing and had informed his congregation that failing to tithe opens the door for devourers to come in and destroy a person’s life. END_OF_DOCUMENT_TOKEN_TO_BE_REPLACED

David Beckham and Victoria Beckham have taken to Instagram to profess their love for each other on their 23rd wedding anniversary. END_OF_DOCUMENT_TOKEN_TO_BE_REPLACED

Chris Brown has said the public is only interested in negative news about him but go silent when he drops an album. END_OF_DOCUMENT_TOKEN_TO_BE_REPLACED